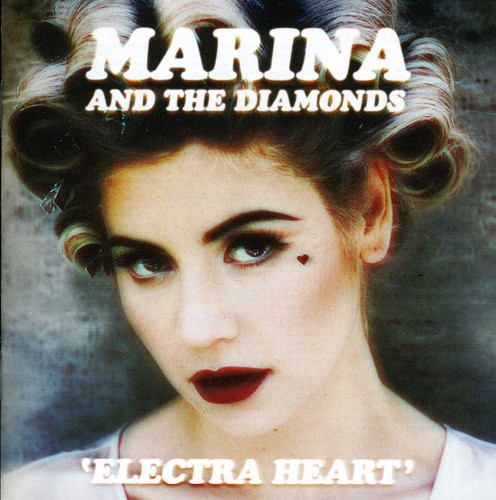 Marina and The Diamonds second album, Electra Heart, is not so much a creative leap forward, more an Olympian pole-vault over the bar of talented-newcomer into the global amphitheatre of a cultivated Classic.

Two years on from her top 5 debut The Family Jewels, the self-styled avant-garde "D.I.Y artist" has detonated her own experimental past and landed feet first in the future with Electra Heart, a stunningly ambitious, seamless, cohesive and confident sonic pulsar spinning between electro-pop euphoria and come-down melancholia. The album is produced by a cache of old school and A-List producers: Dr Luke (Katy Perry) and Liam Howe (Sneaker Pimps) but mostly (9 out of 12 songs) Greg Kurstin (Lily Allen, Kylie) and Rick Nowels (Madonna, Stevie Nicks, Lykke Li). A hook-packed stunner with the sonic ambition of a one-woman Depeche Mode, her onetime theatrical vocals now effortlessly soar between spectral, commanding and towering power-pop, finding her vocal identity in an album about a loss of it.

Electra Heart is a thematic riot, a British Eccentric, 21st Century concept caper where the album title represents a series of female archetypes, not so much an alter-ego as a beautifully-constructed prism, through which Marina projects a series of meticulously-realised female characters as a foil for telling her story, the one about mismatched lovers.

Electra Heart marks the sophomore release from Marina and the Diamonds, aiming to make a big impact in the US as Marina breaks the mold with her Americana-ode to pop music and cultural stereotypes.