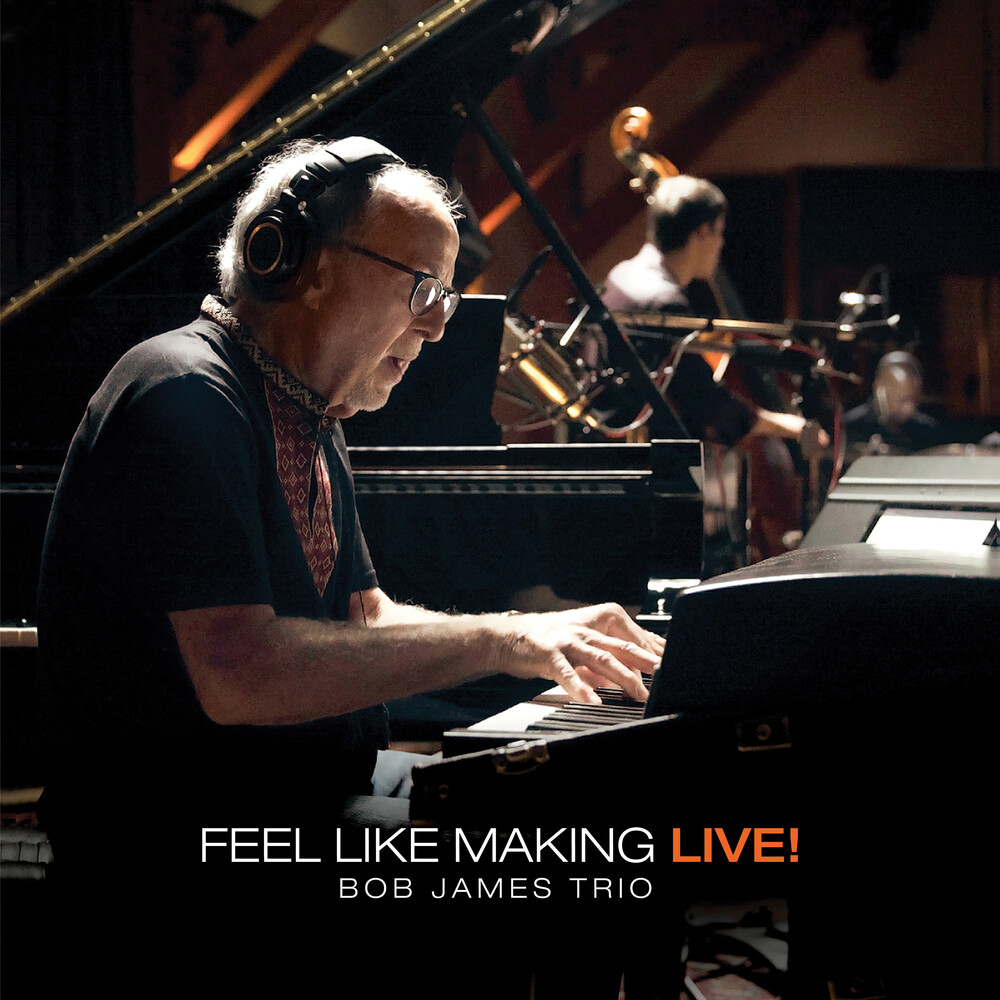 In the eyes of the rap generation, an older musician's hipness is often defined by how many times he or she has been sampled for beats and breaks. That means that keyboard wizard Bob James - whose records have been sampled a staggering 1435 times, according to the website who sampled. Com - is a bona fide legend and cooler than cool. Although he's just celebrated his B lst birthday, Bob J ames is not about to close the piano lid for the last time and embrace retirement. Alongside the same trio {bassist Michael Palazzolo and drummer Billy Kilson} that mad e 2018's critically-acclaimed Espresso album, Feel Like Making Live! Captures James performing a career-spanning selection of material live in the studio. Feel Like Making LIV E! #includes James's most well known hits like Angela, Maputo, Westchester Lady and Na utilus as well as an instrumental cover of Elton John's Rocket M an. This N ew Jazz Trio live-studio recording is released in a 180gram limited numbered black double vinyl LP