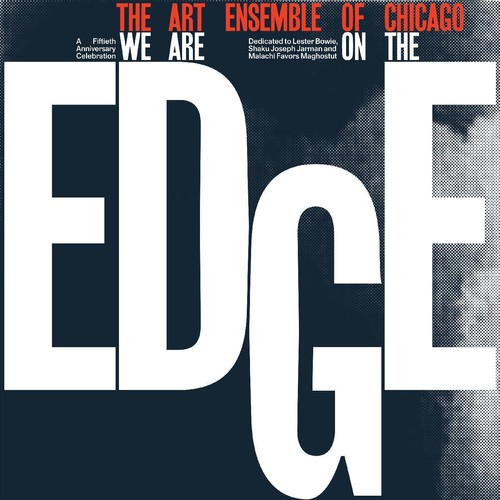 We Are On The Edge
Artist: Art Ensemble Of Chicago
Format: Vinyl
New: Available $31.98
Wish

We Are On The Edge: A 50th Anniversary Celebration is not only a commemoration of a half-century of magical music making, but also a loving tribute to the band's three original members who have passed: Lester Bowie, Malachi Favors, and most recently, Joseph Jarman. The group converged in Ann Arbor in October 16-20, 2018 for five days of rehearsals and recording. The sheer breadth of the ensemble's collective expression is staggering, ranging from Mitchell's art songs and through-composed pieces, Moye's percussion workouts, and, of course, collective improvisation. Particularly powerful is the contribution of Moor Mother (Camae Ayewa), who, to prepare for the recording, was given nothing more than some old Art Ensemble recordings to listen to and the directive from Mitchell to "just be you."