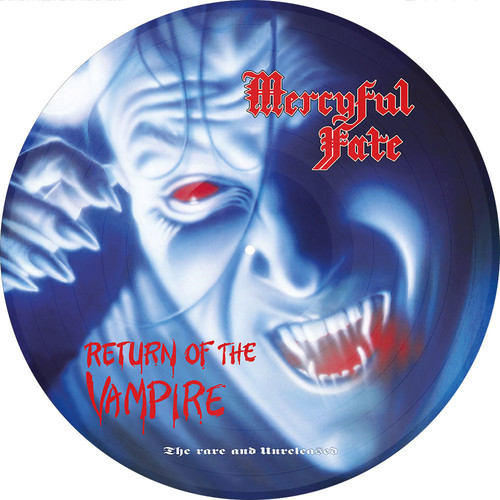 Limited picture disc vinyl LP pressing. Return Of The Vampire is a compilation album of rare demo tracks by Mercyful Fate recorded before their first, official release in 1982. The album cover was painted by Torbjorn Jorgensen. Mercyful Fate were a Danish heavy metal band from Copenhagen, formed in 1981 by vocalist King Diamond and guitarist Hank Shermann. Influenced by progressive rock and hard rock, with lyrics dealing with Satan and the occult, Mercyful Fate were part of the first wave of black metal in the early to mid-1980s. Many of the bands from this movement went on to influence later black metal musicians in the 1990s, particularly in Norway.