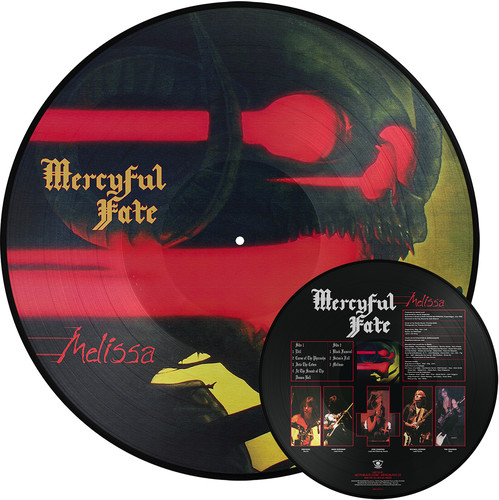 Limited picture disc vinyl LP pressing. Melissa is the debut studio album by Danish heavy metal band Mercyful Fate, released on 30 October 1983. It was the first album released by Roadrunner Records. This was also the first Mercyful Fate effort to get an official release in the United States through Megaforce Records, as the self-titled EP was a highly sought after import, and the BBC sessions were only available on bootleg tapes.