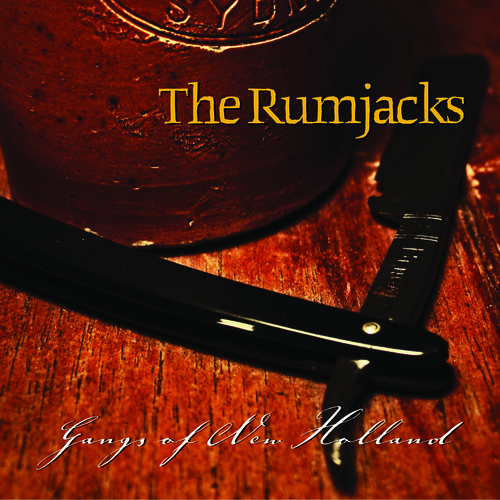 Vinyl LP pressing. 2010 release. The debut album from Sydney band The Rumjacks. Gangs Of New Holland is an unrelenting 14 song soundtrack for life, from teat to the tomb. Having spent the last two years peddling their blue collar brand of folkloric punk; The Rumjacks are forging their own sound, over rattling bottles and twisted tales, long nights up and down the East Coast of Australia and likely as not, sprawled on the floor when the sun comes up. Formed in 2008 by Frankie McLaughlin (vocals) and Johnny McKelvey (bass), The Rumjacks combine a variety of musical influences, including elements of punk rock and traditional celtic folk. The Rumjacks, never a work shy group, quickly developed a strong local following through their constant touring and energetic performances they became a must see group of the Sydney and Australian music scene. With their strong local support and burgeoning international awareness the Rumjacks quickly secured international supports with punk legends U.K Subs, GBH and Gypsy punk legends Gogol Bordello amongst others.