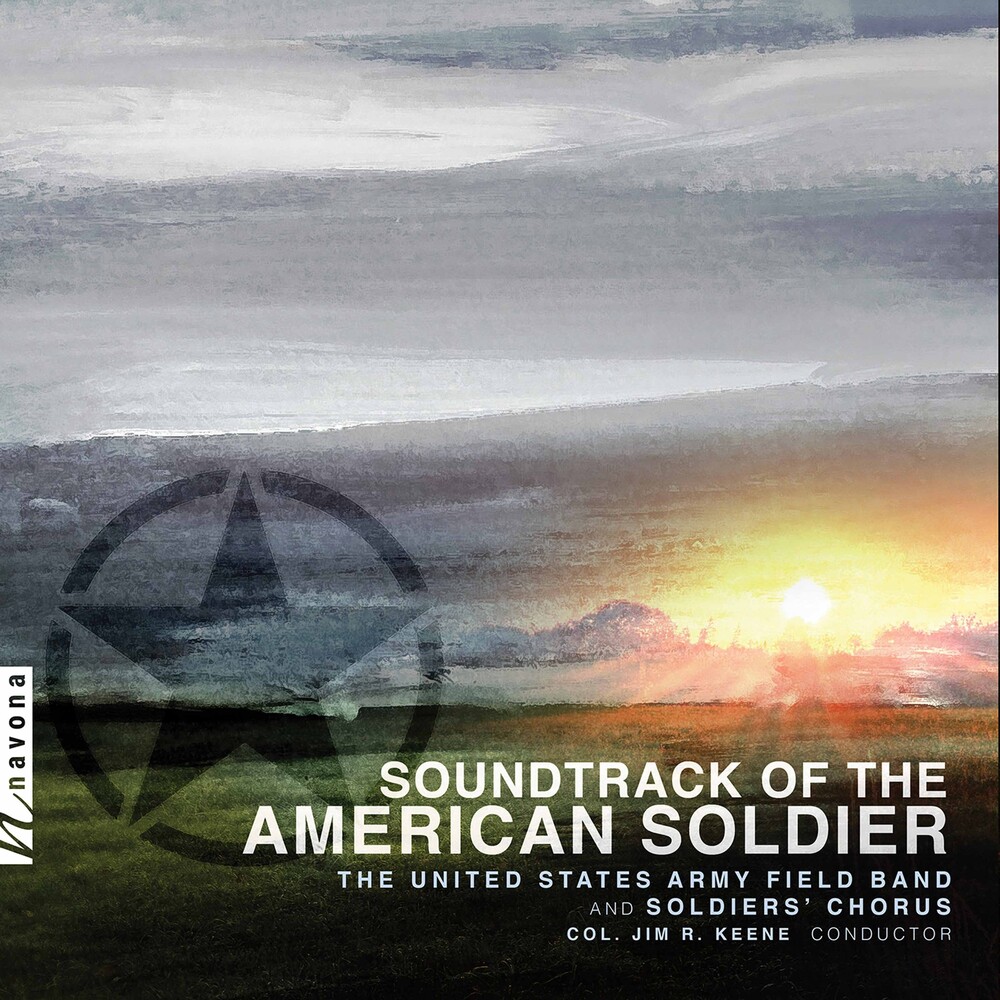 Navona Records presents SOUNDTRACK OF THE AMERICAN SOLDIER, an album of contemporary works for wind band performed by The United States Army Field Band. Led by Colonel Jim R Keene, the Army Field Band is the U.S. Army's premier touring musical organization. In SOUNDTRACK OF THE AMERICAN SOLDIER, the Army Field Band presents music of classic American films and video games, and in doing so celebrates the stories they portray and the men and women who inspired them. Monitored and mixed in Immersive Audio, Surround, and Stereo, the album immerses the listener in a multi-dimensional soundscape that creates a deeply meaningful connection to the music and the stories it portrays. Teaming up with some of the most-heralded composers in Hollywood, the Army Field Band performs fresh arrangements of music from the 1941 Gary Cooper classic Sergeant York, the legendary Electronic Arts video game Medal of Honor, and everything in between. The album begins with Brass Ceiling: The Journey of General Ann Dunwoody, honoring the life and work of Four Star General Ann Dunwoody who was the first woman to achieve the rank of four star general. The music is meticulously crafted with latent symbolism, such as a fanfare that portrays the movement of "supply lines" like those Dunwoody oversaw when she was in charge of the Army's logistics. Later we hear an arrangement of the 1917 classic, "Over There," which became a hugely-popular anthem during both world wars; this time, it is reimagined by the Army Field Band as only they can. March from 1941, written by film-scoring legend John Williams, captures this Spielberg film's lighthearted humor and underlying emotional gravitas. The album concludes with an unexpected treat and homage to the Skywalker Ranch, home of Skywalker Sound where the album was recorded: "The Jedi Steps and Finale" From Star Wars Episode VII: The Force Awakens.