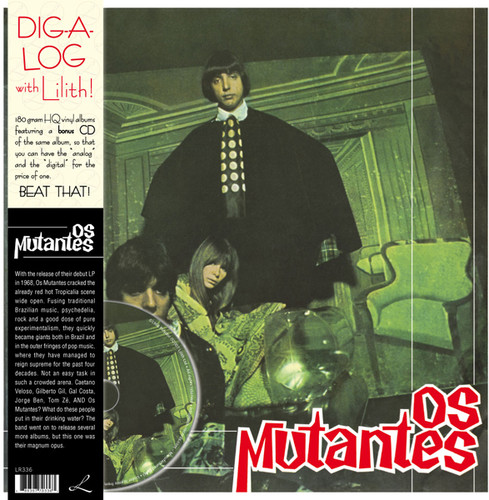 (LP + CD) with the release of their debut LP in 1968, Os Mutantes cracked the already red hot Tropicalia scene wide open. Fusing traditional Brazilian music, psychedelia, rock and a good dose of pure experimentation, they quickly became giants both in Brazil and in the outer fringes of pop music, where they have managed to reign supreme for the past four decades. Not an easy task in such a crowded arena. Caetano Veloso, Gilberto Gil, Gal Costa, Jorge Ben, Tom Z , AND Os Mutantes? What do these people put in their drinking water? the band went on to release several more albums, but this one was their magnum opus. Now with bonus CD of the album and ful OBI "bookmark" Japanese style.