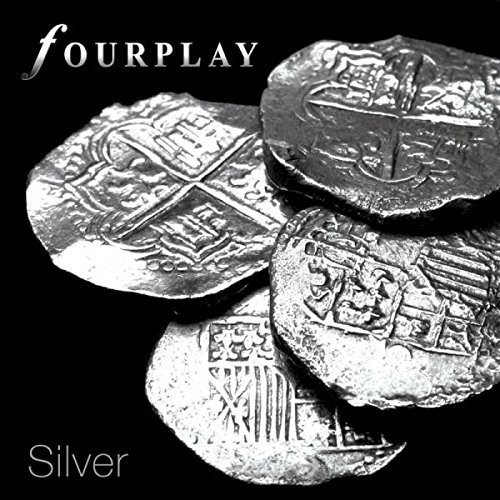 Longevity among jazz groups is a surprisingly rare commodity. With relatively few exceptions, a run of a few years, at most, is standard; for a collective of jazz musicians to stick together for a decade or more is almost unheard of. That puts Fourplay, who celebrates their 25th anniversary this year, in a league of their own. Since 1990, bassist Nathan East, keyboardist Bob James, guitarist Chuck Loeb (who joined five years ago) and drummer Harvey Mason have continued to explore together, their efforts resulting in what All Music Guide called one of the most intuitive, forward-thinking and focused groups in modern jazz.

On Silver, Fourplay celebrates that unprecedented bond with their most wide-ranging and gratifying recording to date. Following the theme of the occasion, most of the 10 new original compositions comprising Silver play off of the anniversary, bearing titles such as Sterling, Precious Metal and A Silver Lining. Just like its namesake, Silver shines, each track a brilliant example of what has made this formidable ensemble each of whom also has a highly successful career outside of the band one of the most respected in the jazz world. Silver also reunites two key earlier members of Fourplay with the current lineup: Larry Carlton, the world-class guitarist; and original Fourplay guitarist Lee Ritenour. Also featured is a high-profile guest player, the beloved saxophonist Kirk Whalum.

For each member of Fourplay, the group s ability to remain so creative after so many years together has been a reward in itself. Says Nathan East, It became apparent from our very first album that this particular group of musicians had a special sound. We appreciate whatever that chemistry or magic has been between us and have had a great time on our journey together as we ve developed our music.

Fourplay is four voices melding together to create a truly distinct and recognizable sound, says Harvey Mason, explaining the quartet s ability to continually find new avenues of expression. This group has so much musical experience that the accompanying and the listening are over the top. We ve all been sidemen as well as leaders and we cover the gamut of musical genres. It s a great feeling to know you can go in any direction and you ll be supported and pushed. We work together that is what you hear when you listen to Fourplay.