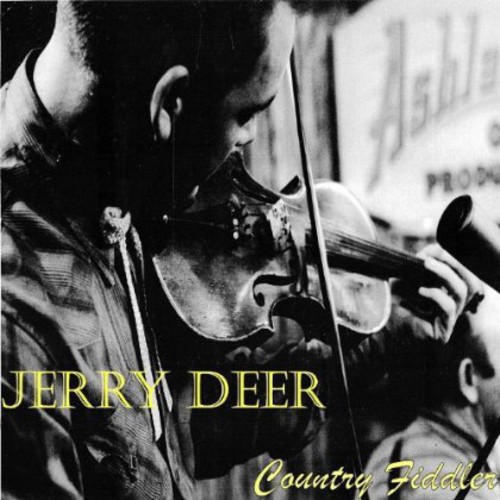 Jerry Deer - Country Fiddler Jerry started playing the fiddle at the age of 15 years. His brother Freddie and he sang together when they were young boys. Jerry is one of four boys born to Fred and Alberta McClellan Deer who resided in Pine Grove for many years. He attended elementary school in Royersville. Jerry's father and his family were also musical and played music from the time they were young. Playing at St. Mary's dances was an important for them. Therefore Jerry and his brothers grew up surrounded by country music. The family moved to Ironton, Ohio and Jerry continued in school there. He was always looking for a job and while still a teenager went to work at the Crystal Ice Company, where he worked for several years. Fred moved his family back again to the country and they lived on 'Smith Road' until Fred and Alberta passed away. When the boys started their music career, which was Jerry on the fiddle, Freddie, guitar and lead singer, Pat on lead guitar, and newphew Bobby was the bass player. Together they formed the 'Deer Bros. Band'. As this they played on the radio, T.V., and many programs around the area. While Jerrys was still working at the Ice Plant, he met a young blond, Naomi Deer, and with her, he made his married life. During a time of little work, he went to Springfield, Ohio and there was music. He played in his first band in Springfield with a childhood friend, Bob Bare, and they were in a band for the time living there. Jerry's first child was Vicki, who was very musical, and received her musical degree in music. Later his son was born, Jerry, and he was the athlete in the family being a star basketball player. Moving back to Portsmouth where he worked, Jerry played around the area and later moved back to Ironton where he continued with his career. All the time working at the Sement Solvay for 29 years. During this time he played with local musicians and the stars that appeared in the area, such as Hylo Brown, Tiny Wellman, and traveled around in the U.S. such as in Georgia and across the country. He met many famous musicians and played backup music for them. He also was a star fiddler on the 'Saturday Night Jamboree' at WSAZ along with Charlie 'Bigfoot' Keaton. Now as Jerry has grown older, his interest in performing has dwindled. He is now retired and is enjoying his grandchildren, and great-grand children. He hopes his friends continue to enjoy his fiddle playing and singing, while they continue to hear his music.
This website uses cookies to personalize content and analyse traffic in order to offer you a better experience.
I accept Learn More
back to top