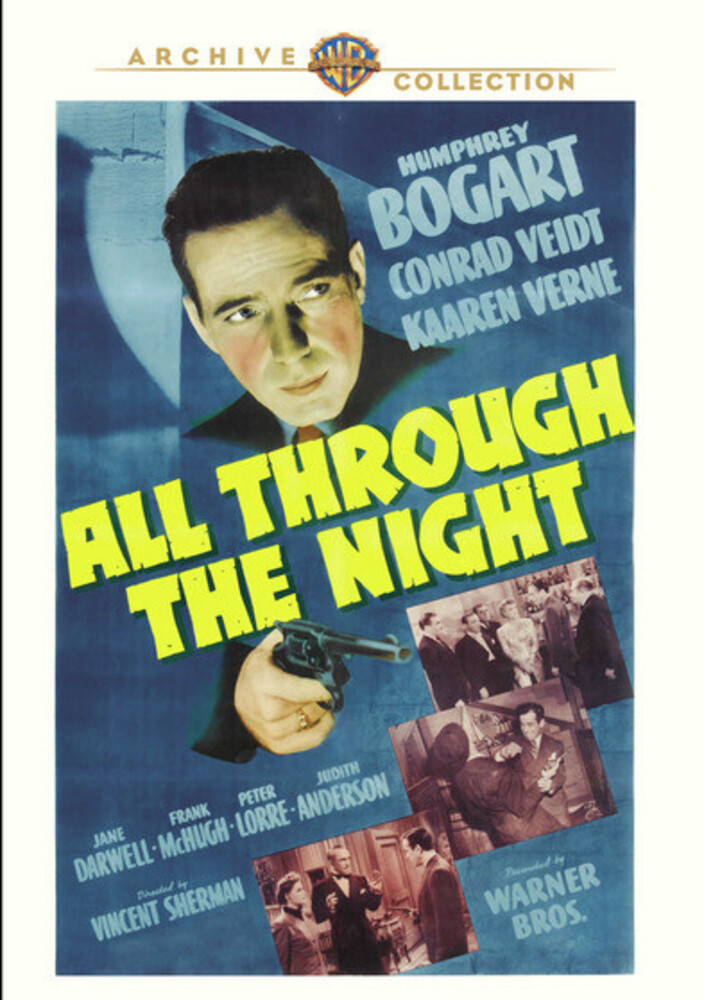 That ruckus in Europe? Churchill and Roosevelt can have it. Gloves Donahue is too busy laying his peepers on the Saratoga morning line or noodling out another way to rub up against considerable dough. But when someone bumps off the little old man who bakes Gloves' favorite cheesecake well, this means war! Humphrey Bogart had fun in the change-of-pace role of Gloves, and the fun is winningly contagious in a spoof that pits him against Nazi spies. Gangsters vs. Gestapo and it is welcome now! Ads proclaimed to a public stunned by the real war's early losses. Also welcome are mugs (William Demarest, Jackie Gleason and Phil Silvers) who seem to have stepped from Damon Runyon's Guys and Dolls world. Forget the popcorn. Try the cheesecake.