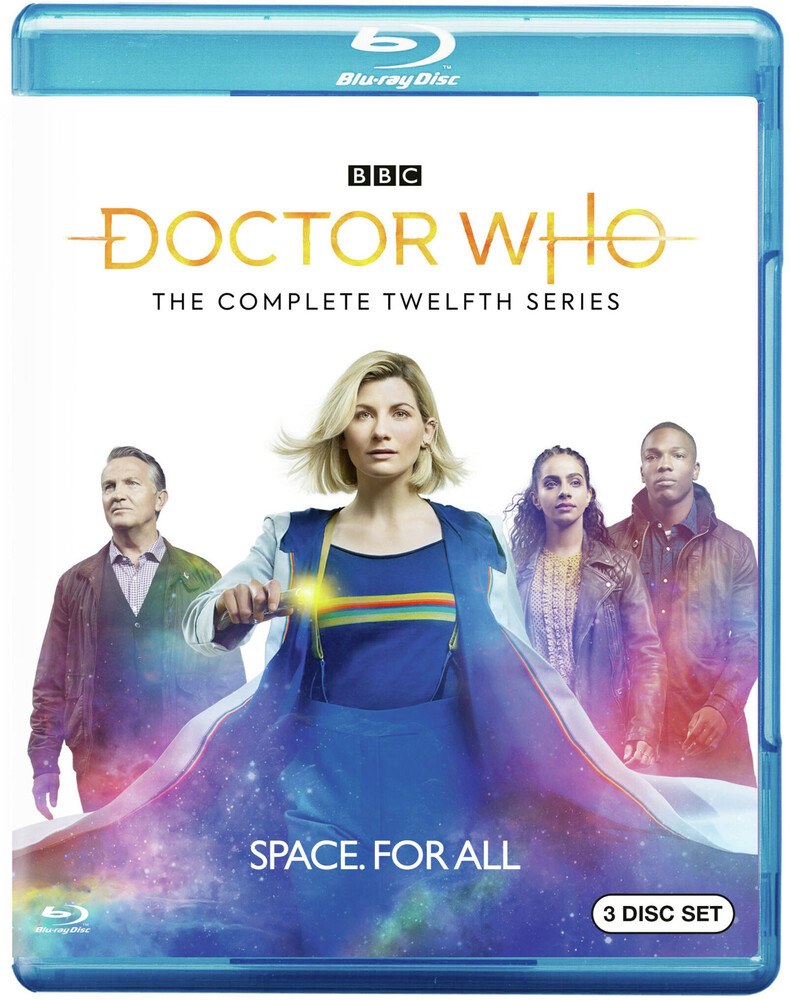 Doctor Who: The Complete Twelfth Series - Jodie Whittaker and friends are back with a bang! Doctor Who returns on New Year's Day with an epic and thrilling new series full of scares and surprises. The action -packed series will introduce terrifying new monsters alongside the return of some familiar but not so friendly faces... This all-new sci-fi series from producer Russell T. Davies follows the Doctor (played successively by Christopher Eccleston, David Tennant, Matt Smith, Peter Capaldi, and Jodie Whittaker) as he continues his adventures through space and time, facing a host of new enemies as well as such longtime foes as the robotic, zombie-like Autons and the dreaded Daleks.. Blu-ray