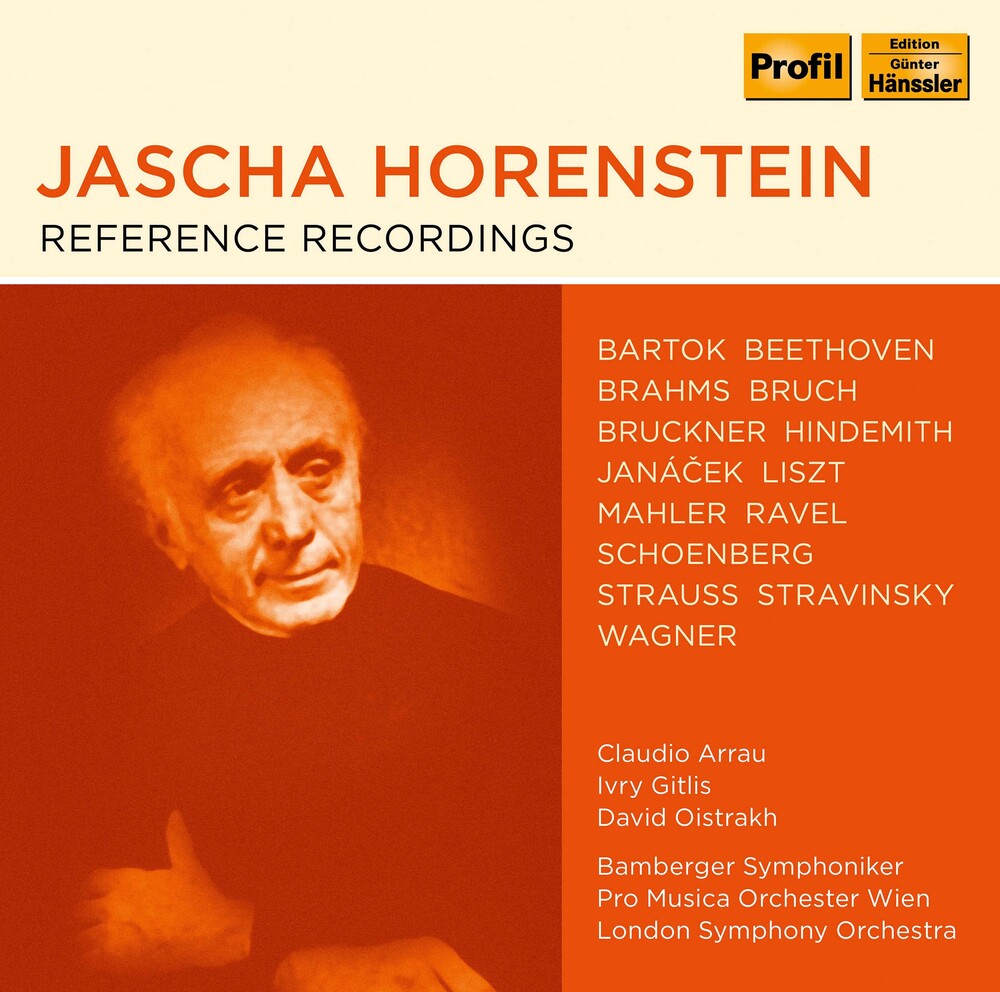 The recordings featured in this 10-album collection audibly illustrate this exceptional conductor's life and career. Beginning with the first recording for gramophone of Gustav Mahler's "Kindertotenlieder", which he directed in Berlin in 1928, they continue with the interesting Paris recordings of Hindemith's "Mathis" Symphony, the Ravel concertos with pianist Vlado Perlemuter through to his collaboration with the Bamberg Symphony Orchestra, a mutually appreciative relationship to which he brought his accumulated experience. The spotlight shines throughout on the studio recordings made in Vienna and Baden-Baden. Under Horenstein's baton, the South West German Radio Symphony Orchestra, first nurtured by Ernest Bour and then elevated to the highest European standard by Hans Rosbaud, plays at it's very best. In Vienna, where musicians mainly from the Vienna Symphony had come together under the name Pro Musica, he recorded the great European concert repertoire - often including exceptional soloists such as Alfred Brendel and Ivry Gitlis. At the same time, he made important, early recordings of the Mahler and Bruckner symphonies. The programme is rounded off by the recordings with the London Symphony Orchestra from the early 1960s, the live recording of Mahler's Third under the direction of Jascha Horenstein, recorded for the first time ever, representing a special highlight.