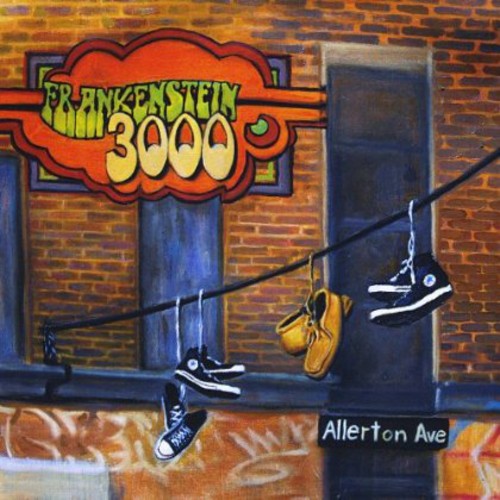 For a band to say that their latest album is 'the best thing we've ever done' is pretty standard promotional practice, but in the case of Frankenstein 3000 and their 2012 release 'Allerton Avenue', the cliché also happens to be a fact. After a year that saw them sharing the stage with such legends as David Johansen (New York Dolls), Glen Matlock (Sex Pistols), Billy Rath (Johnny Thunder's Heartbreakers), Urge Overkill and The Waldos (which features Walter Lure from Johnny THunder's Heartbreakers), Frankenstein 3000 recorded 'Allerton Avenue' quicker and took more chances than any previous album. Back up singers (on 'Another Way'), horns (on 'Coming Down (Mint Memo)') and a psychedlic experiment (a cover of Love's 'The Red Telephone') all come together to make the most adventurous yet most cohesive Frankenstein 3000 album to date.