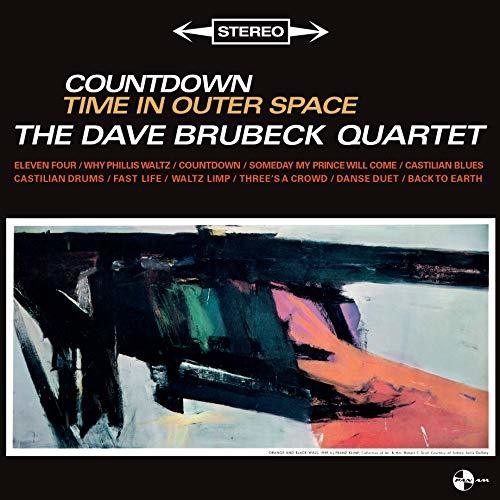 Limited 180gm vinyl LP pressing including bonus track. On June 25 and July 1, 1959, Dave Brubeck recorded Time Out, which became such a huge success that even the musicians were taken by surprise. The formation took the challenge of experimenting with musical forms foreign to jazz. Most of them were composed by Brubeck himself, as can be seen on Time Out. One of the catchiest melodies on that album, however, "Take Five" was a Paul Desmond composition. It would become the quartet's most celebrated tune. Countdown -Time in Outer Space is yet another item in the series of trying new forms. It was culled from a series of 1961 sessions which also yielded material for other albums, such as Further Time Out. The front cover features the painting Orange and Black Wall by Franz Kline. In Australia the album appeared on the Coronet label. It was dedicated to Lt. Col. John H. Glenn, a now retired United States Marine Corps pilot, astronaut, and United States senator, who was a combat aviator in the Marine Corps, and member of the Mercury Seven: the elite U.S. military test pilots selected by NASA to operate the experimental Mercury spacecraft -they became the first American astronauts. The only alternate take of one of the tunes of our album ("Waltz Limp"), originally appeared on a Columbia compilation LP of various artists titled The Giants of Jazz (CS 8770).