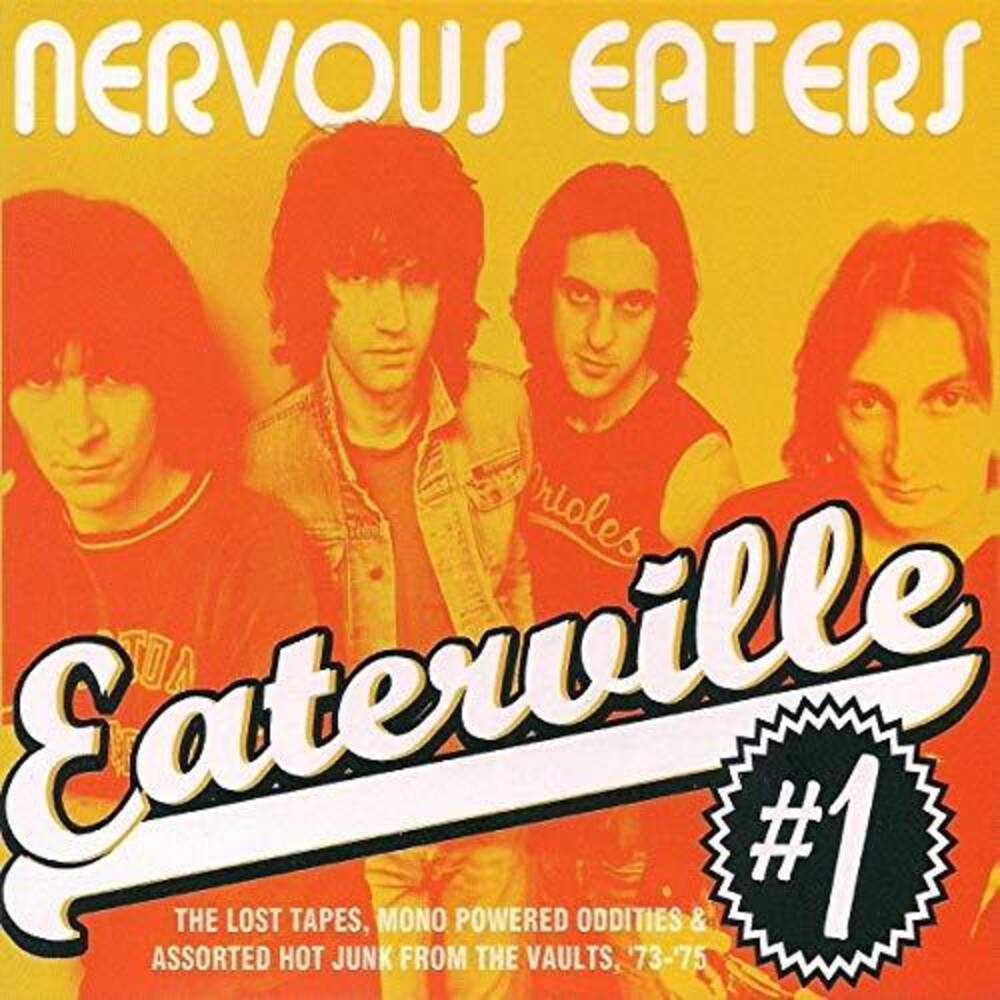 Remastered/improved reissue of Penniman Records' Nervous Eaters compilation, Eaterville #1, originally released in 2004. Ace of Hearts Records recently reissued their '86 classic Hot Steel and Acid. The band has released Record 10 in 2019 and is working on another album. To do true justice to the band and earn them the dues they deserve as one of the best R'n'R bands ever. This great compilation brings together rare stuff recorded between 1973 and 1975, from studio sessions and demos along with their official Rat singles - "Just Head" and "Loretta" - and their fans favorite anthems - "Degenerate" and "You Smell Like Fish". Also included are demos like "You've Heard These Chords Before" or "Planet Fever" on which Steve Cataldo and company place themselves on the crucial dividing line between the best Stones and the Stooges. CD version includes 32-pages booklet.