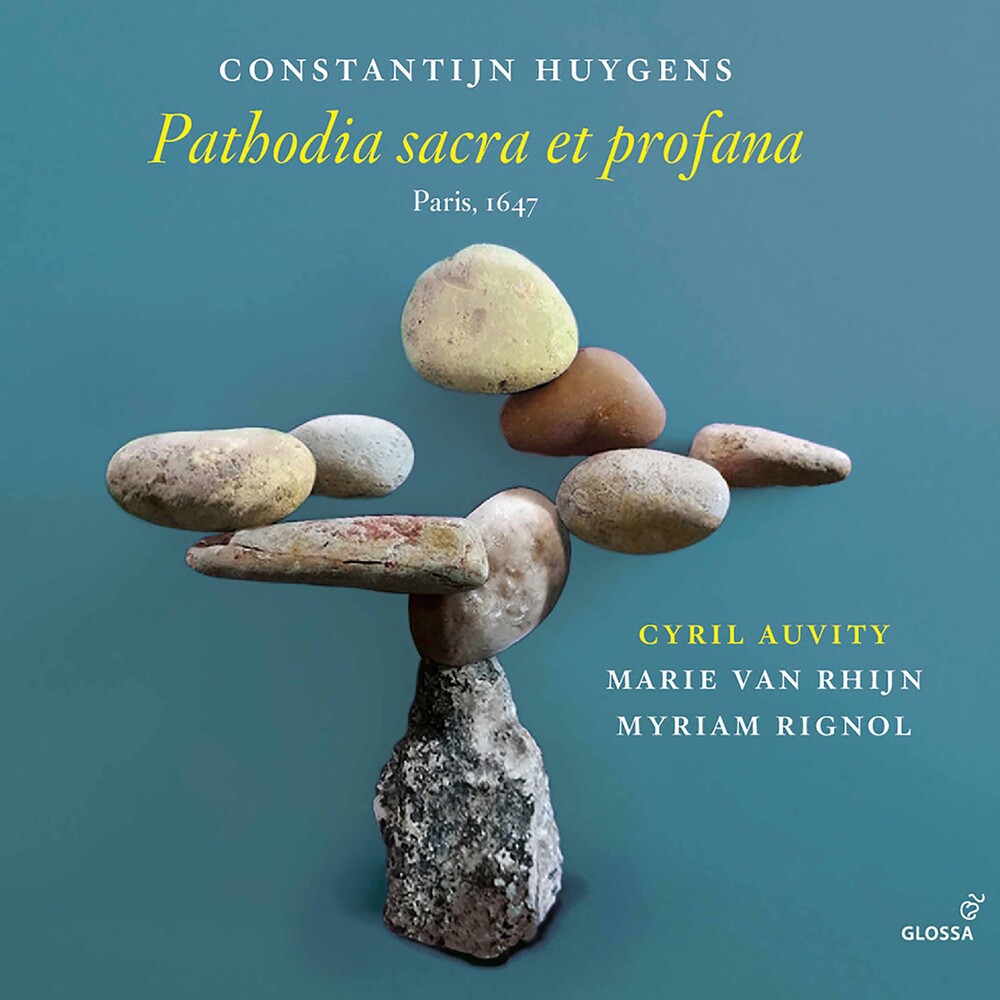 The surviving musical edition of Dutch Golden Age "Renaissance Man", Constantijn Huygens receives a fresh new recording from a singer who has become a connoisseur of vocal music from the seventeenth century: Cyril Auvity. The remarkable Huygens, alive for much of that century, was a poet, composer and musician whose "day job" was as a diplomat working for the Princes of Orange and who was an assiduous correspondent with leading thinkers such as Descartes, Rubens and Corneille. Huygens' "Pathodia sacra et profana" encompasses a collection of songs in Italian, French and Latin whose simplicity belies the complexity of the emotions carried within them. Those emotions are admirably conveyed by a singer whose inquisitive musical intellect takes him down less frequented paths and whose voice is rich and coloured and employed with a mastery of line. Reflecting the contemporary performances of such works by wealthy amateurs in the Dutch Republic, Myriam Rignol plays viola da gamba whilst Marie van Rhijn plays harpsichord, positive organ and the enigmatic Lautenwerck (a luteharpsichord). Each of these instruments is additionally given an opportunity to be heard in solo music from Huygens' time.