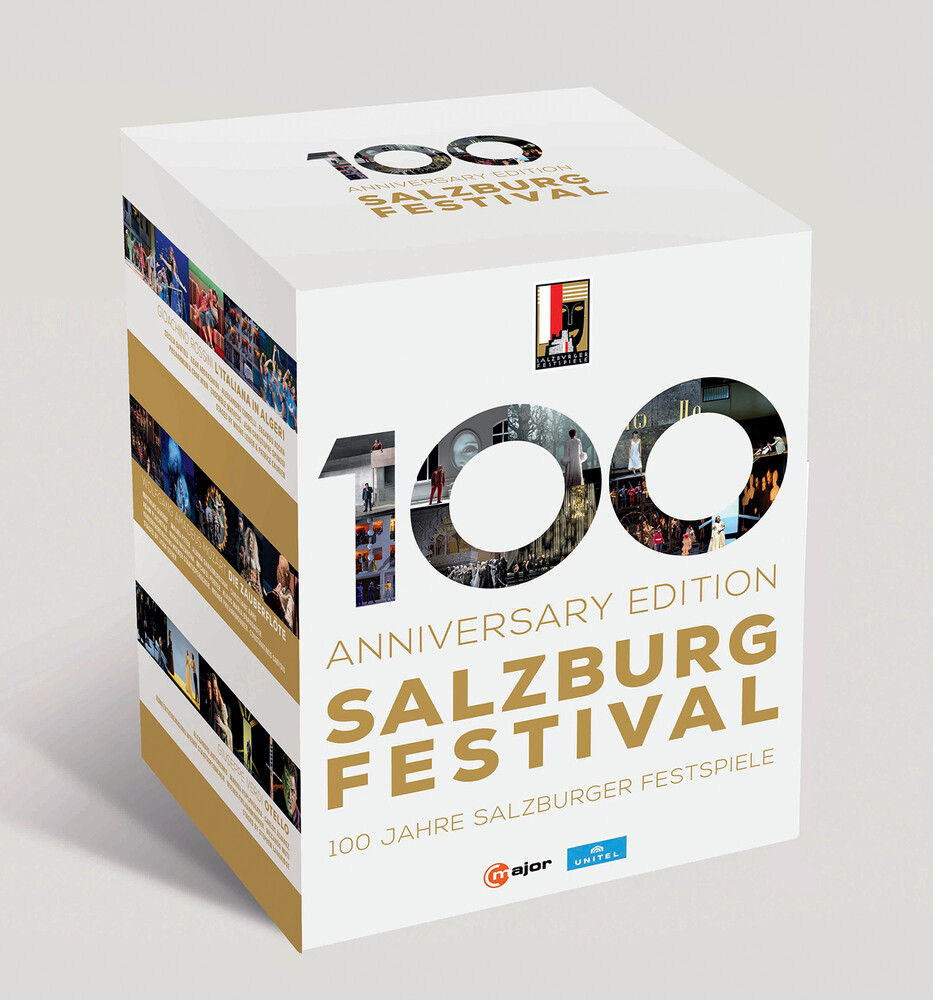 In celebration of the 100th anniversary of the Salzburg Festival, C Major presents this brilliant box set that features 10 outstanding Operas from the Salzburg Festival history including Simon Boccanegra, Salome, L'italiana in Algeri, Pique Dame, Die ZauberflĂ¶te, Otello, Der Rosenkavalier, Vec Makropulos, Fierrabras and Theodora. The Salzburg Festival (German: Salzburger Festspiele) is a prominent festival of music and drama established in 1920. It is held each summer (for five weeks starting in late July) in the Austrian town of Salzburg, the birthplace of Wolfgang Amadeus Mozart. The festival was initially a counterpart to the Prussian-North German uncompromising worldview, and emphasized the centuries-old Habsburg principles of "live and let live" with regard to ethnic groups, peoples, minorities, religions, cultures, and languages. It was officially inaugurated on August 22, 1920 with Reinhardt's performance of Hofmannsthal's Jedermann on the steps of the Salzburg Cathedral. The first festival hall was erected in 1925.