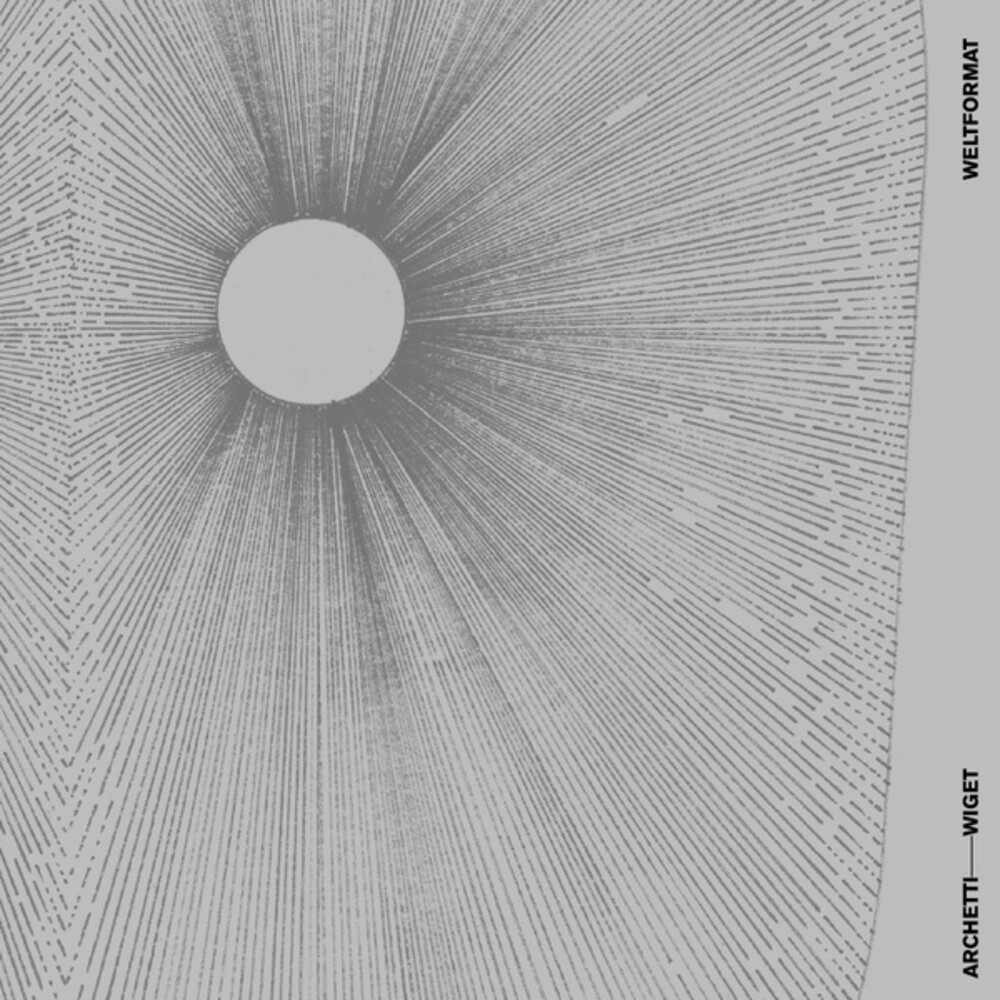 Double-LP version. Clear vinyl; six-panel, gatefold sleeve. Ending the decade of silence which followed more than ten years of remarkable, critically-acclaimed activity by the partnership of veteran experimentalists, Luigi Archetti and Bo Wiget, the duo returns with what may be their most ambitious effort to date, Weltformat, issued by Die Schachtel. Switzerland-based Luigi Archetti and Bo Wiget began collaborating in 1998, the fruits of which initially emerged as the critically heralded, three-part Low Tide Digitals series, released by Rune Grammofon between 2001 and 2009. Weltformat, like it's predecessors, builds on decades of solo and collaborative efforts by it's creators - Archetti with famed Krautrock pioneers, Guru Guru, among many others, and Wiget with Werner Lüdi, Taku Sugimoto, Tetuzi Akiyama, and others. Sculpted from the intricate tonal interventions and responses of Archetti on guitar, mandolin, and electronics, and Wiget on cello, electronics, and vocals, across the album the duo constructs a remarkably diverse landscape in sound, folding touchstones of modern classical, free improvisation, minimalism, harsh noise, and ambient music, into a seamless, singular expanse. Clusters of tone and dissonance merge, collide, and abrade against drones, textures, and pulsing electronics, each element a representative voice of it's creator, caught in an imagistic conversation beyond words, which feels as immediate and intuitive, as it does perfectly balanced and thoughtful. Weltformat, encountering Archetti and Wiget just past the 20 year mark of their collaborative partnership, bears the fruit of rigorous experiments in sound - an immersive, effortless form of sonic realism, built from the optimism and hope which lays at the root of the avant-garde. As beautiful, inviting, immersive, and slow moving, as it is challenging, destabilizing, and thought provoking.