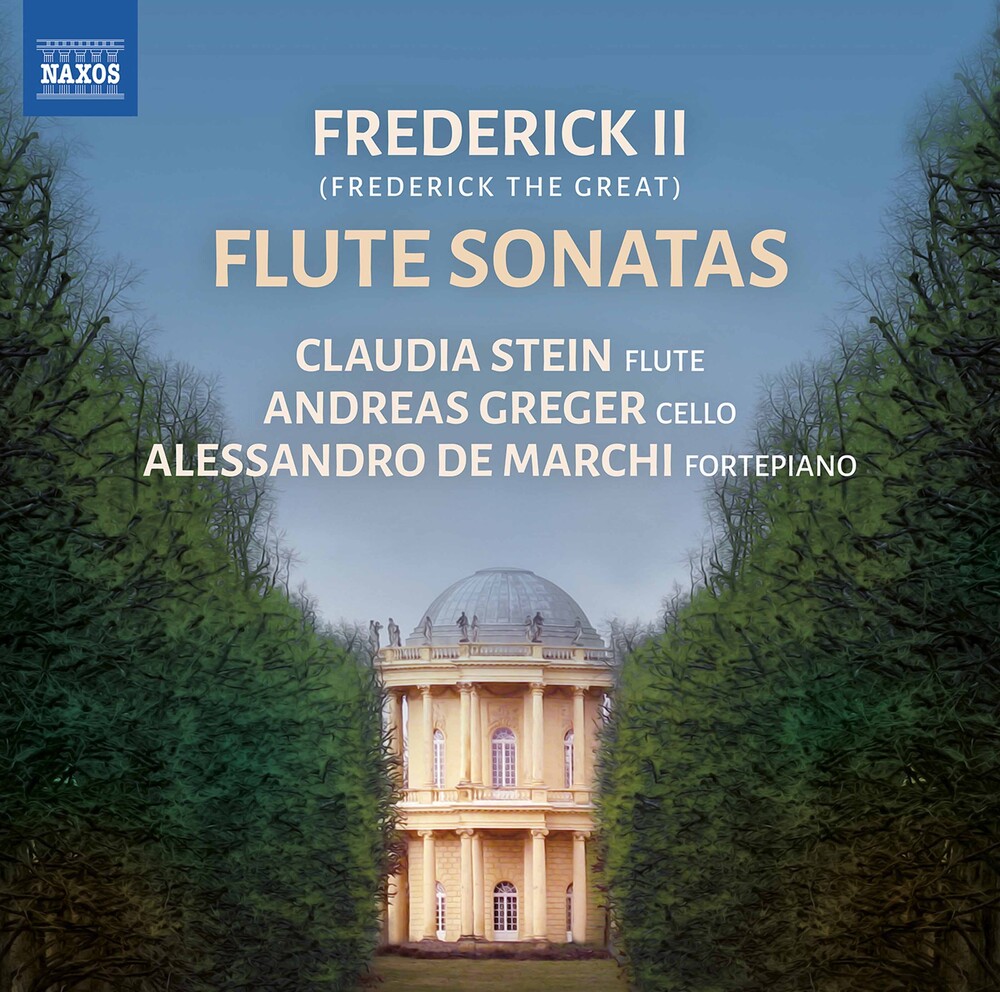 Frederick II, King of Prussia, was a gifted musician who built up a court orchestra noted both for it's quality and it's size. Great musicians such as Graun, Quantz and C.P.E. Bach were members and contributed hugely to it's standing. A patron of the fine arts, Frederick was a highly accomplished flautist whose works, performed in small private concerts, show a remarkable range of forms and expressive effects with slow movements offering long-breathed arcs of melody. The pieces by Alessandro de Marchi, conceived in the spirit of improvisation, provide a revealing impression of contemporary performance practice. This new release of Frederick the Great's flute sonatas relates to the450th anniversary of the Staatskapelle Berlin, first established as the Royal Prussian Court Orchestra by the monarch. Claudia Stein became first flute of the orchestra at the age of 23. She recorded Weinberg's Flute Concertos for Naxos in 2019 (8.573931), which received 5 stars from Pizzicato: 'Stein plays them absolutely ravishingly, with a touch of melancholy.'