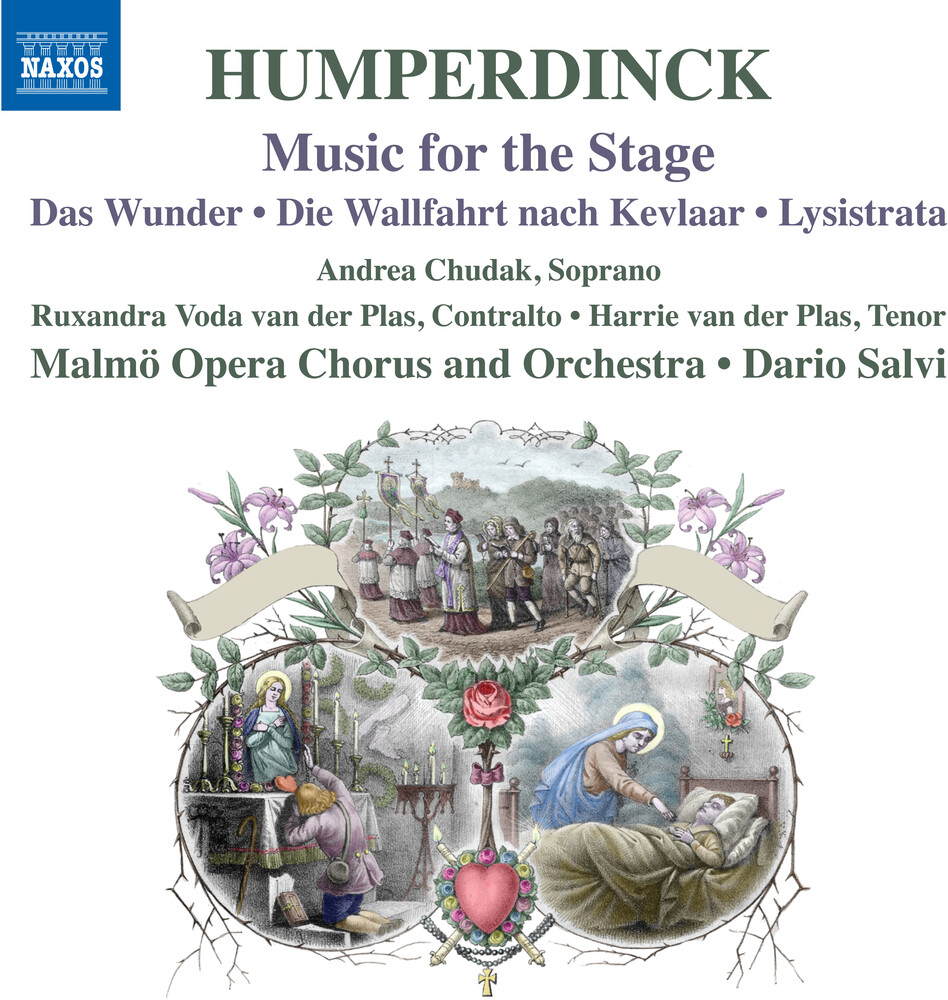 Engelbert Humperdinck won a worldwide reputation through his application of Wagnerian techniques to folk music in HĂ¤nsel und Gretel. But he wrote far more widely for the stage than is acknowledged, and this selection focuses on long overlooked works that reveal Humperdinck's flair for romance, comedy and innovation. These include music for one of the first full-color silent films, the spectacular Das Wunder (1912); the passionate, ethereal small cantata Die Wallfahrt nach Kevlaar; the rich antique flavor of Lysistrata; as well as his dance-saturated and serenely beautiful incidental music for Der Kaufmann von Venedig. Dario Salvi is a Scottish-Italian conductor, musicologist and researcher who specializes in the restoration and performance of rare works. His passion is the rediscovery and performance of long-forgotten masterpieces by the likes of SuppĂ©, Meyerbeer, Rumshinsky, GenĂ©e, Auber, and many others. He is collaborating with Naxos on recording a series on Romantic ballets, including works by Minkus, Pugni, Adam and others, and a series on Auber's overtures and orchestral music. Two other important projects include recording the last three missing operas by Johann Strauss II and three never before recorded operatic works by Giacomo Meyerbeer.