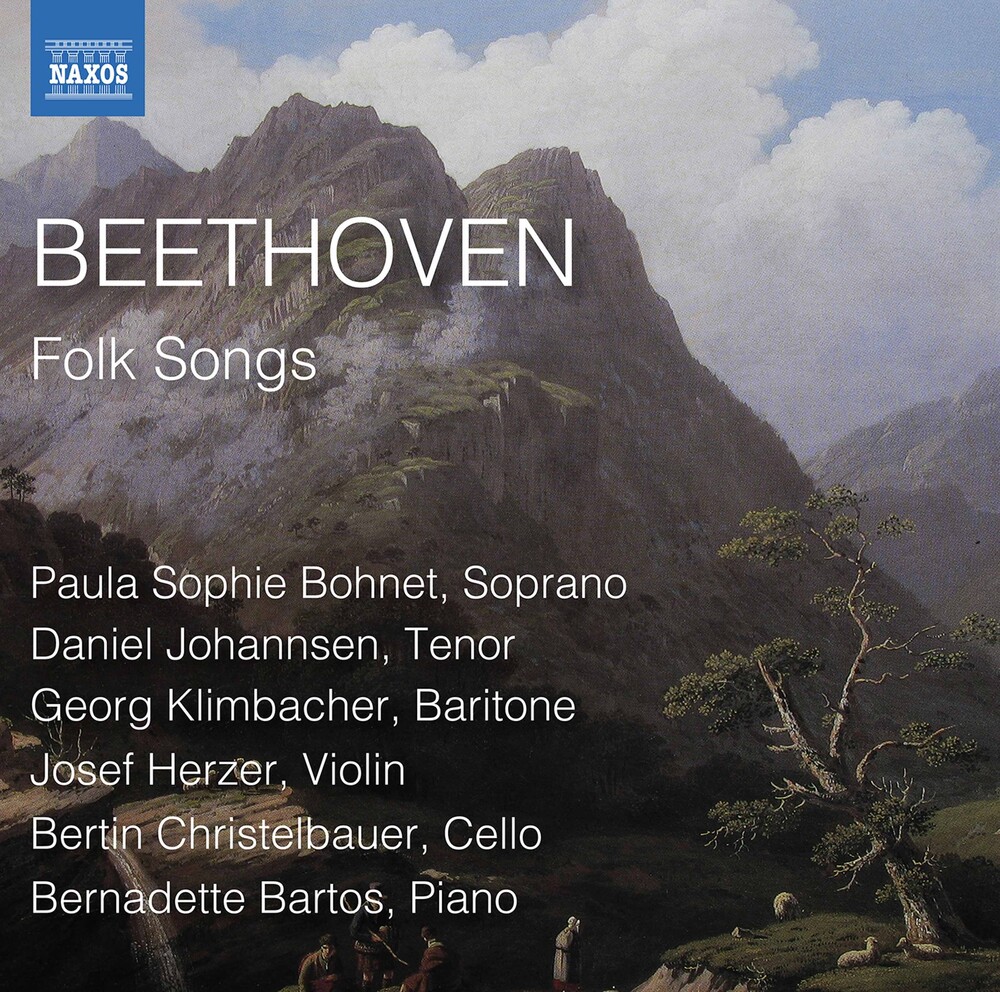 George Thomson of Edinburgh, a notable promoter of Scottish music, encouraged settings of his nation's folk songs. In particular, he found a rich source of arrangements in Vienna, where he commissioned first Haydn and then Beethoven to set a large sequence of poems, including those of Robert Burns and Sir Walter Scott. Thomson envisaged simple works, agreeable to amateurs, but Beethoven found it impossible to compose within such limitations and his settings, which include Irish and Welsh songs, with the accompaniment of strings and piano, have proved perennially popular. Pianist Bernadette Bartos is the featured pianist of the Beethoven Liederseries, Vol. 1 (8.574071). Her playing was described as 'fairly lively and sensitive' by The Art Music Lounge. Bartos has performed at venues across Europe, including the Wiener Musikverein and the Wiener Konzerthaus. Her debut at Regent Hall, London gained her First Prize in the Beethoven Chamber Music Competition of the Beethoven Piano Society of Europe. German soprano Paula Sophie Bohnetmade her operatic debut in 2013with the role of Barbarina in Le nozze di Figaro. She was the recipient of the prestigious Giovanni Omodeo Scholarship and has been awarded several prizes from organizations such as the Österreichischen Bundesministerium für Bildung, Wissenschaft und Forschung for her Master's degree. Austrian tenor Daniel Johannsen studied with Lieder specialists such as Robert Holl, Dietrich Fischer-Dieskau and Christa Ludwig, and thus approaches art song performance with great affection. Along with the great Schubert and Schumann cycles, his repertoire includes more than 300settings, which he has performed with pianists Graham Johnson, Charles Spences and Helmut Deutsch, among others.