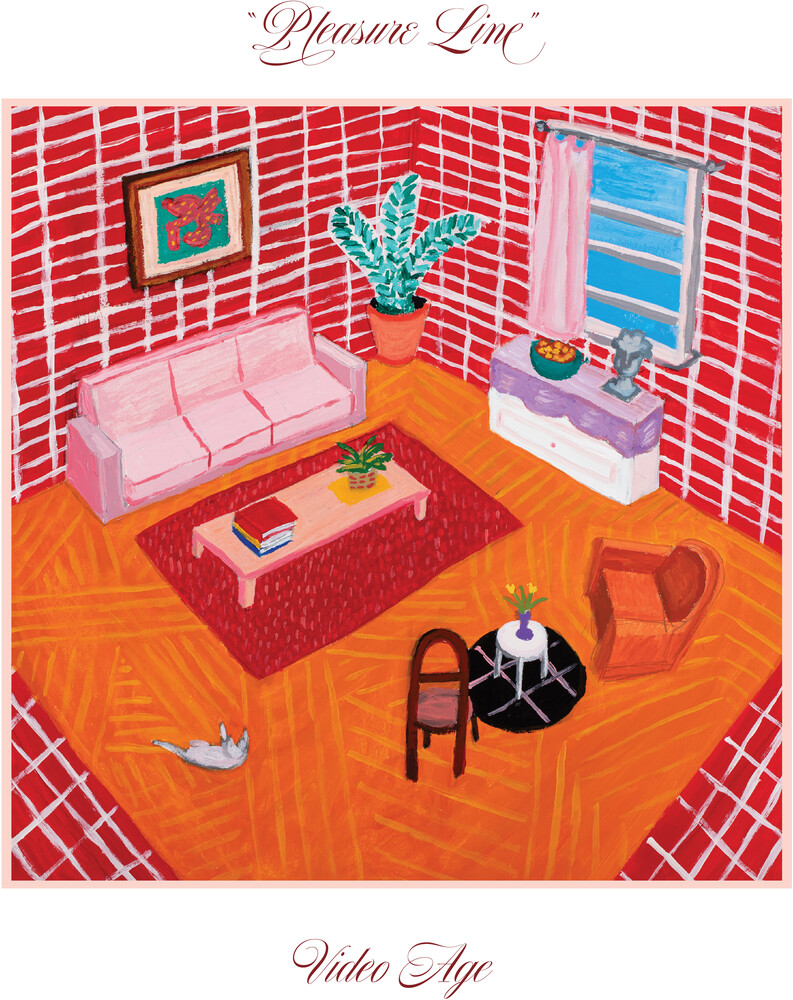 Restlessness is the first step towards pleasure. We make comfort out of discomfort, pleasure out of pain. That journey isn't always a straight line, but at least we're going somewhere real. "I had to move, Lord I couldn't be still" is the unsettled way that Video Age's new album and title track, Pleasure Line, begins. But as the song unfolds, it uplifts us into a romantic space of possibility and love. Just as "love" is both a noun and a verb, Pleasure Line is both a road to be traveled and the act of crossing that road. Singer and multi-instrumentalist Ross Farbe says, "Once you cross that threshold and become vulnerable in love, there's a whole new challenge. There's a reason that song comes first on the album, because the rest of the songs exist in that place." These catchy, memorable songs radiate big "glass half-full" energy. Video Age's third album, due out from Winspear on August 7, 2020, pairs neon-bright 80s pop melodies with a vast range of influences (including Janet Jackson, David Bowie, and Paul McCartney) to create an optimistic sound all their own. The influences vary song to song, but they're all tinted with the same rosy hue, and Ross says, "I'm often trying to create a more idealized version of the world I'm in." Video Age's first two albums were about loneliness and discovering oneself, but Pleasure Line takes on a whole new attitude, considering both Ross and songwriting partner Ray Micarelli are getting married this year (just a few weeks apart from each other, too). "We're feeling the love, " Ray says, laughing. But these aren't expressions of one-dimensional puppy love-this is euphoria with depth, ecstasy with complications. In the twinkling "Comic Relief, " Ross sings, "I know the world is killing me / I love you baby, can't you see / Ain't nothing but a comedy." And in the funk-inspired "Shadow on the Wall, " Ross sings, "I got the gloom, baby, covering me / Cuz you're a cruel silhouette as could be." Darkness is always lurking somewhere beneath happiness, but in the Video Age, even melancholy sounds like something you can dance to. The songwriting duo has been playing music together for the past ten years after meeting in college-Ray says he was initially drawn to Ross' "old school cadence" and their shared love for dancefloor hits. Experimentation and play is crucial to their approach, as is collaboration. Joined by band members and multi-instrumentalists Nick Corson and Duncan Troast, Video Age recorded the album together in Ross' New Orleans home studio. Pleasure Line is a salve that protects against cynicism-listening to this album, you can't help but feel the world around you is full of romantic potential. In the hands of Video Age, even the mundanities of touring are transformed into a mood-lifting ode to their 1995 white "Aerostar." When asked how he manages to stay so positive on the road, Ray says, "Playing music is a joy and a privilege." That kind of sincerity bleeds from every song on this album, creating not only nostalgia for good times past, but also hope for a better future. On the last song, "Good to Be Back, " Ross sings, "I've made my mistakes / I live and I learn / That people can change." The song is meant to sound like a theme song to a 70s sitcom, and you can almost see Ross and Ray opening the door and smiling at the camera: "What can I say, it's good to be back."