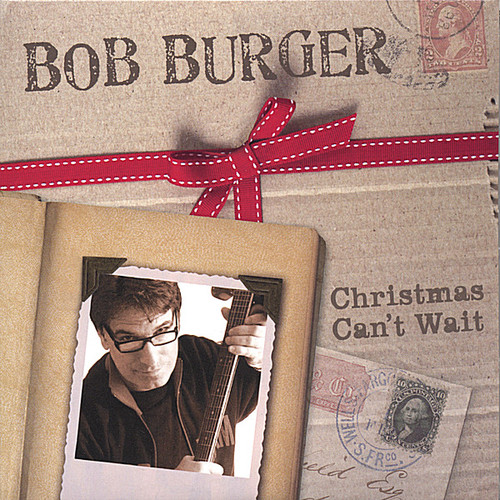 Burger records Christmas disc BY ED CONDRAN, CORRESPONDENT ASBURY PARK PRESS DECEMBER 11, 2007 Santa Claus, mistletoe and Bob Burger are synonymous with Christmas, at least in the Asbury Park area. A staple at holiday shows, the Eatontown singer/songwriter is at again, this time performing with friends Bobby Bandiera and Glen Burtnik. The former will perform Dec. 21 at an all-star show benefiting the Valerie Foundation. The latter has put together an Xmas Xtravaganza for Dec. 22 that will provide funds for local food banks. Both events are slated for Red Bank's Count Basie Theatre, and each show will feature Burger. 'It's part of the tradition around here,' he said. 'I'm honored to be part of both events.' It's not surprising that Burger was moved to craft Christmas tracks. 'Christmas Can't Wait,' his EP full of holiday tracks, will receive the record-launch party treatment when Burger plays Thursday at the Celtic Cottage in Long Branch. Burger cringes at cheesy, cliche-ridden Christmas songs, so he approached his material in the same manner as his solo tracks. 'I just wanted to avoid the usual formula people use when they write Christmas songs,' he said. 'Santa's Gonna Crash (Right Through the Ceiling)' is amusing, and 'Gonna Be Christmas' is a catchy, bright, optimistic number. 'Ave Maria' covers traditional terrain, and 'Christmas in Killarney' is a rearranged cover of a wonderful but unheralded track originally recorded by Bing Crosby. 'My wife picked up the sheet music at a yard sale, and I thought it was a cool title,' Burger said. 'I revamped it and rewrote some things, but I think I still captured that Celtic vibe in the song.' The sound of the songs was shaped and bolstered by utilizing some classic instruments. 'What was fun about this was using a violin and a Reed organ from the 1800s,' Burger said. 'That gives it this old-time feel. There's something charming about that.' Burger has plenty to be thankful about during this holiday season. He was nominated for three Asbury Music Awards in November, including Best Thing to Happen in 2006-2007 for his performance as bandleader at Jon Bon Jovi's All-Star Labor Day party on Long Island in the Hamptons that featured Paul McCartney, Billy Joel, Jimmy Buffet and Roger Waters. 'It was surreal,' Burger said. 'It was like a crazy dream. To perform 'Long Tall Sally' with Paul McCartney and 'Wish You Were Here' with Roger Waters is something I'll always remember.'
This website uses cookies to personalize content and analyse traffic in order to offer you a better experience.
I accept Learn More
back to top