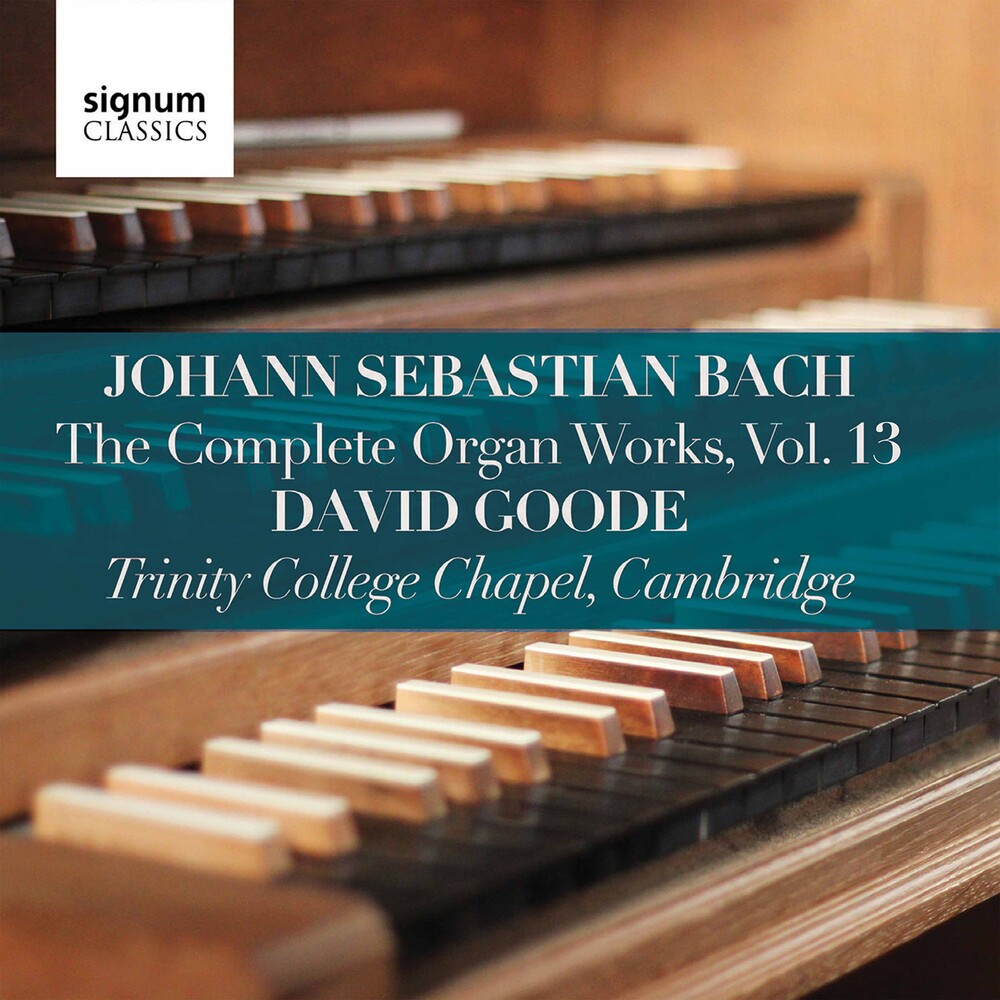 David Goode continues his new series of the complete organ works of Johann Sebastian Bach, played on the Metzler SĂ¶hne organ of Trinity College Chapel, Cambridge. This twelfth volume includes 'Jesu, meine Freude' and the infamous 'Alle Menschen mussen sterben.' David Goode is Organist at Eton College, combining this post with a flourishing performing career. A music scholar at Eton, and then organ scholar at King's College, Cambridge, he studied organ with David Sanger and in Amsterdam with Jacques van Oortmerssen. From 1996-2001 he was Sub-Organist at Christ Church, Oxford; following prizes at the 1997 St. Alban's Competition, and the 1998 Calgary Competition, he concentrated on a freelance career between 2001 and 2003. In 2003 he moved for 2 years to Los Angeles as Organist-in-Residence at First Congregational Church, home to the world's largest church organ. In 1999 he made the first of numerous appearances at the Proms, and in 2002 he made his recital debuts at the RFH and at Symphony Hall, Birmingham, subsequently playing all over Europe, the US, Australia and the Far East. He played at the AGO National Convention in June 2016. He also has an established partnership with the trumpeter Alison Balsom: in March 2014 they played for the reopening concert of the RFH organ.