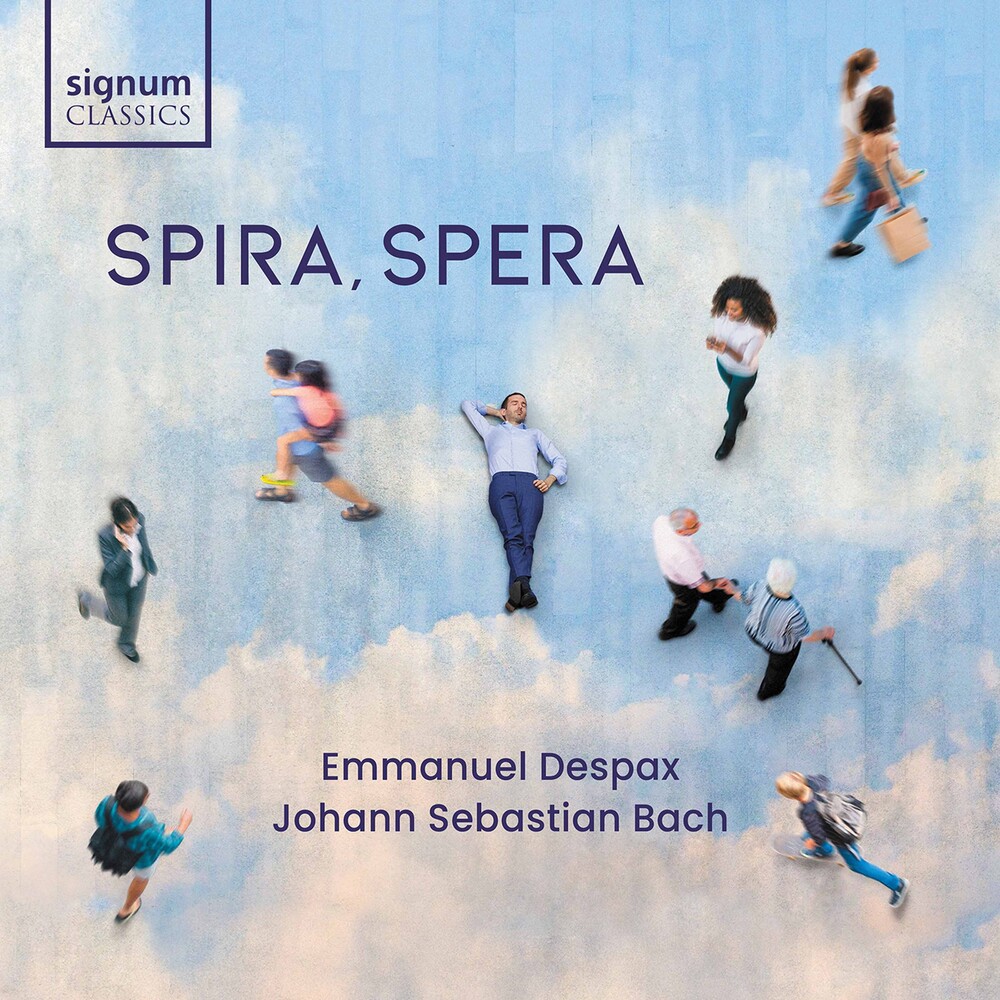 Emmanuel Despax returns to Signum with a disc of JS Bach transcriptions. The title quotes Victor Hugo's 'The Hunchback of Notre-Dame' ("Breathe, Hope"), brought to Despax's mind following the news of the fire at Notre-Dame Cathedral, where he had attended many concerts of Bach's music as a child. Despax describes Bach's music as being "of such clarity, coherence and expressive power, that it is able to transcend it's original medium, and to some extent, style." This virtuosic programme combines both well-known transcriptions, such as the mighty Bach-Busoni 'Chaconne' and Saint-SaĂ«n's 'Overture', with the first recordings of several arrangements by the late 19th/early 20th century pianist Theodor SzĂˇntĂł's - featuring his monumental and uncompromising transcriptions of the Fantasia and Fugue in G minor, and the Passacaglia and Fugue in C minor. Emmanuel Despax has gained worldwide recognition as a singular artist, whose interpretations bring a rare sincerity and imagination to the music. A remarkable performer of romantic and post-romantic music, he has been invited to give recital performances in the UK (Wigmore Hall's London Pianoforte Series, Cadogan Hall, Chipping Campden and Petworth Festivals, and the Royal Concert Hall in Nottingham, where he was appointed artistic director in 2020 of a complete Beethoven piano sonata cycle). Summer 2021 will see the release of a Brahms album including the Sixteen Waltzes Op. 39 and Piano Concerto No.1 with the BBC Symphony Orchestra and Andrew Litton.