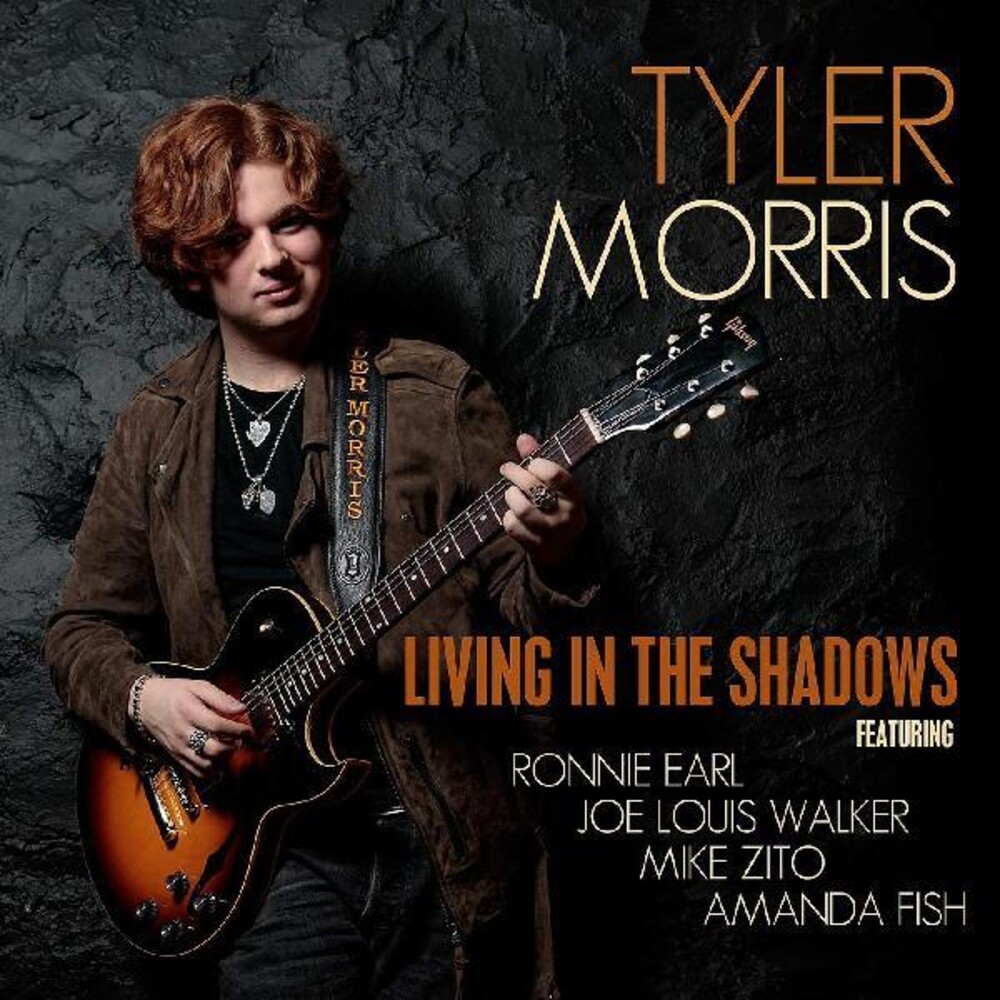 2020 release. Living In The Shadows is powerhouse guitarist Tyler Morris' second VizzTone release in the Blues/Rock genre, and his fourth release in total. Living In The Shadows was produced by Mike Zito, who says, 'Tyler will help bring back the glory of Electric Guitar to the masses.' Guests on this album include Blues legends Ronnie Earl, Joe Louis Walker and Mike Zito, as well as acclaimed vocalist Amanda Fish, who featured Tyler on her Blues Music Award-winning 2018 album. This release marks Morris' debut as lead singer on the majority of the songs. Joe Louis Walker guested on Morris' previous release, Next In Line, which charted at #8 on Billboard's National Blues Charts. The single, 'Willie the Wimp' with Walker on vocals, was in the top 10 on Sirius XM for multiple consecutive weeks. On this release, Morris channels his evolving list of influences into his own unique songwriting style and pays homage to some of his heroes through collaborations with his guest artists.