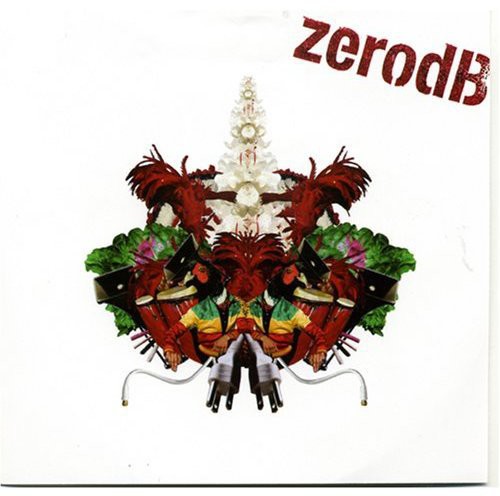 Since they started properly working together some 6 years ago, Chris Vogado and Neil Combstock (aka Zero dB) have been concocting a provocative, innovative and addictive brew of hard jazz, electro, latin, hip hop and house, laced throughout with their now signature dirty, heavy basslines. After releasing their early records on Vogado's own Fluid Ounce label, Zero dB are now signed to Ninja Tune and ready to step it up, with their debut album, "Bongos, Bleeps and Basslines". Their main starting point is usually jazz, but they dip into a multitude of different influences and work with talented musicians and vocalists to create a track. In contrast to the general climate of somewhat old, tired, formulaic and unmemorable dance music, Zero dB's meticulous production forces their audiences to discover previously undeveloped musical places. "a pomBa girou" kicks off BB&B by combining disorientating echo with ridiculously fat electronic bass stylings and the kind of rhythm designed to get the hips twitching. Title track "Bongos, Bleeps & Basslines" eschews the usual "nice" factor inherent in all things proto-jazzy, taking the music's rhythmic drive and harnessing it to earth-rumbling bass noises and enough squelching and bleeping to fill a large aerodrome with monged-out ravers. "conga madness" is latino-space music, a pummeling, hard-as-nails rhythm. "know what i'm sayin'?" heads in a slower, more hip hop-influenced direction, verbals being beautifully delivered by Pase Rock, sometime member of Five Deez and regular Spank Rock collaborator. "samBa do umBigo" returns to the production pair's love of turbocharged, cyber-punk latin, combining - as ever - raw bass with a true musicality which elevates the tune to levels of euphoria it couldn't manage by use of rhythm alone. Heidi Vogel adds the requisite sweetness, the delicacy of her vocal perfectly offsetting the drive of the music. "anything's possiBle" is a super-mellow chunk of hip hop that draws on the classic early nineties school of Premier and Pete Rock, the finishing rap touches from New Orleans native Voice, whose cool school styling and thoughtful lyrics place her in the tradition of Bahamadia, Ladybug and What What? "te quiero" builds with all the beautiful selfevidence of classic house music, a variety of influences thrown into the blender in order to produce something pumped up and downright evil enough to blow away any of the froth which usually passes for latin-influenced dance music. "on the one & three" keeps the flick knife hip shimmies going right to the end, where "sunshine lazy" rounds things off in epic style with sweaty, drowsy, hot weather psych-r&b. The result is hard-edged and exhilarating, a record which is destined never to end up on the Starbucks stereo, not least because it would blow out the woofers. As brutal as it is sophisticated, "Bongos, Bleeps & Basslines" is a stand-out work of UK dance music.