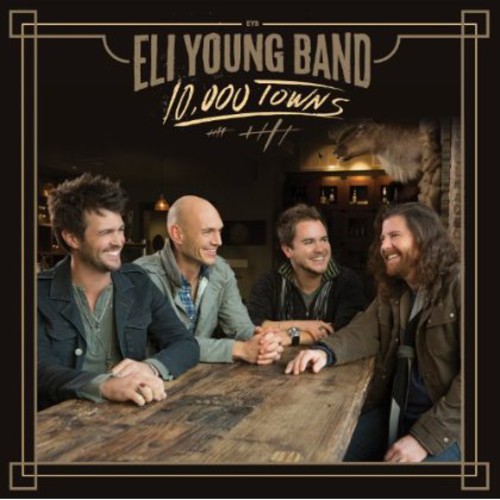 2014 release, the fifth studio album from the Country quartet. "To still be making music and going through the craziness of life together is something we'd only dreamed of when we met back in college. This album shows another chapter in our lives as a band, as husbands, as fathers and as individuals that we're really excited to share with our amazing fans," said lead singer Mike Eli. In addition to penning over half of the tracks, EYB co-produced the 11-song project with Justin Niebank and Frank Liddell. EYBs previous project, the critically-acclaimed, LIFE AT BEST, scored back-to-back chart-toppers with the smash hits "Crazy Girl" and "Even If It Breaks Your Heart." the former was also named Billboards 2011 #1 Country Song of the Year and won the 2012 ACM Awards Song of the Year while the latter was nominated for Grammy Best Country Song, CMA Single of the Year, Song of the Year as well as ACM Single of the Year and Song of the Year.