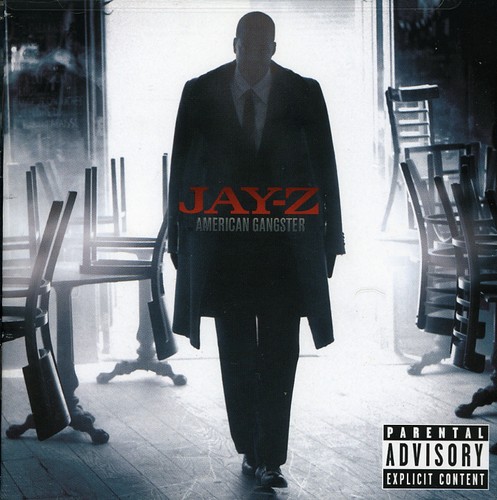 Separate from the movie soundtrack, this collection of all-new original material is a musical journey and lyrical interpretation of snapshots from American Gangster. While not glorifying Frank Lucas, Jay-Z articulates the lure of a gangster's life and stands as an example of one who chose to leave those streets behind and become one of the most successful entrepreneurs of our time.

''American Gangster'' is the tenth studio album by American rapper Jay-Z, released November 6, 2007 on Roc-A-Fella Records. It is Jay-Z's last release for the Def Label label and his first concept album, which was inspired by the film of the same name. The album features production from Diddy & The Hitmen, Just Blaze, and The Neptunes, among others. Guest appearances include Beanie Sigel, Lil Wayne, Pharrell, and Nas. Jay-Z released an a cappella version of the album on the date of his 38th birthday, December 4, 2007.

The album was released to commercial success, despite being pulled from the iTunes Store at Jay-Z's request. It debuted at number one on the U.S. ''Billboard'' 200 chart, selling 425,861 copies in its first week, while tying Elvis Presley for the second most U.S. number-one albums. Upon its release, ''American Gangster'' received general acclaim from most music critics. ''Rolling Stone'' named it the third best album of 2007. The album has been certified platinum by the Recording Industry Association of America for shipments in excess of one million copies in the United States. - Wikipedia