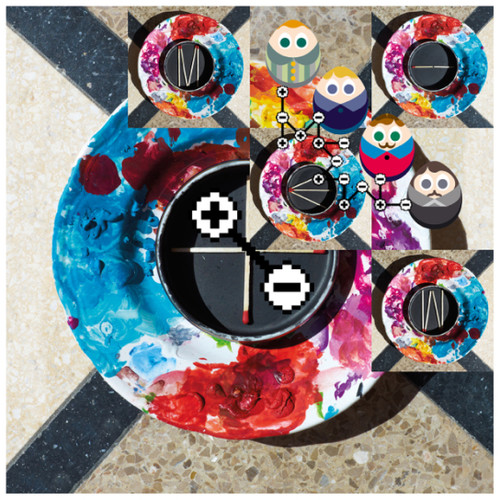 Like their peers Sigur Ros and Tame Impala, the new music on “ + - “ soars. It’s alive, vibrant and spacious. Its skewed pop sensibilities coupled with an ever expansive musical backdrop denotes the extremities of Mew’s creative DNA, showing once more a band threading its own unique path. The album was recorded in Copenhagen, produced by Grammy-nominated Michael Beinhorn (Hold, Soundgarden, Red Hot Chili Pepperes) and Mew with missing duties undertaken by Rich Costey. “ + - “ also features an appearance from Bloc Party guitarist Russell Lissach on “My Complications.”

Mew has proven itself to be one of the biggest and most influential bands on the global indie scene, having achieved several Gold and Platinum albums, as well as winning numerous awards (Danish Music Award, MTV Award, Gaffa Prize) in the band’s home country of Denmark. Mew has always had an affinity with the symphonic grandeur of indie rock’s troubled creature and pop immediacy. This unique combination has not only given Mew chart topping albums, lots of airplay and many fans in progressive and alternative music circles, but also across the world with huge fanbases established in Europe, Asia and here in America, where they have amassed a sizable and loyal following. In addition to their own extensive worldwide headline tours, Mew have toured as special guests with artists such as Nine Inch Nails, Pixies, Muse and Kings of Leon.

Mew will support “ + - “ with shows, radio visits and other promotion in March at SXSW and will return to North America for a full tour in late Summer.