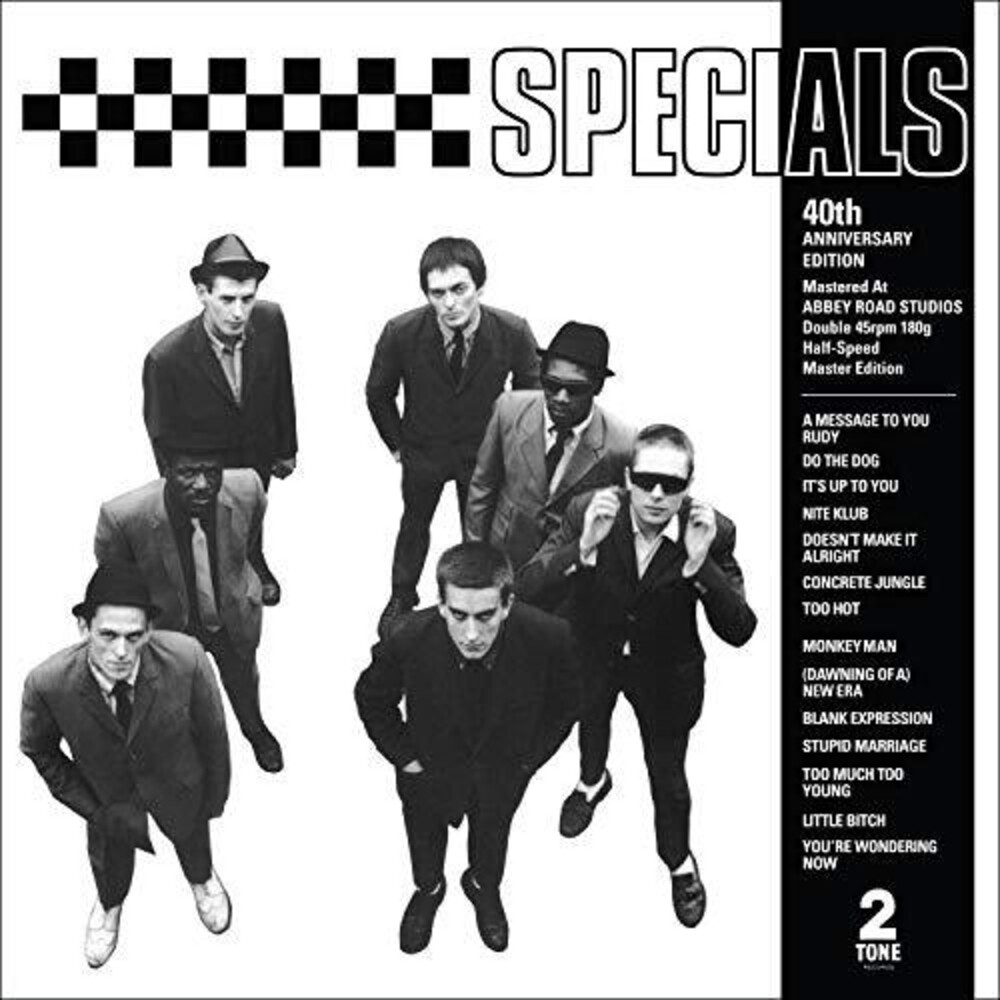 Vinyl LP pressing. True innovators of the punk era, The Specials began the British ska revival craze, combining the highly danceable ska and rocksteady beat with punk's energy and attitude, and taking on a more focused and informed political and social stance than their predecessors and peers. Produced by Elvis Costello and presented as a studio recording of the band's live set, The Special's landmark eponymous debut hit the shelves in 1979 and is anchored by their hit version of Dandy Livingstone's "A Message to You, Rudy," and killer originals like "Nite Klub," "Blank Expression" and "Concrete Jungle." The Specials was ranked among the Top 10 "Albums of the Year" by NME; Q Magazine placed it at No. 38 in it's list of the 100 greatest British albums ever; and Pitchfork featured it at No. 42 in their list of the "Top 100 Albums of the 1970s." This 40th Anniversary reissue of their debut album has been mastered and cut at half-speed by Miles Showell at Abbey Road Studios using the original production tapes.