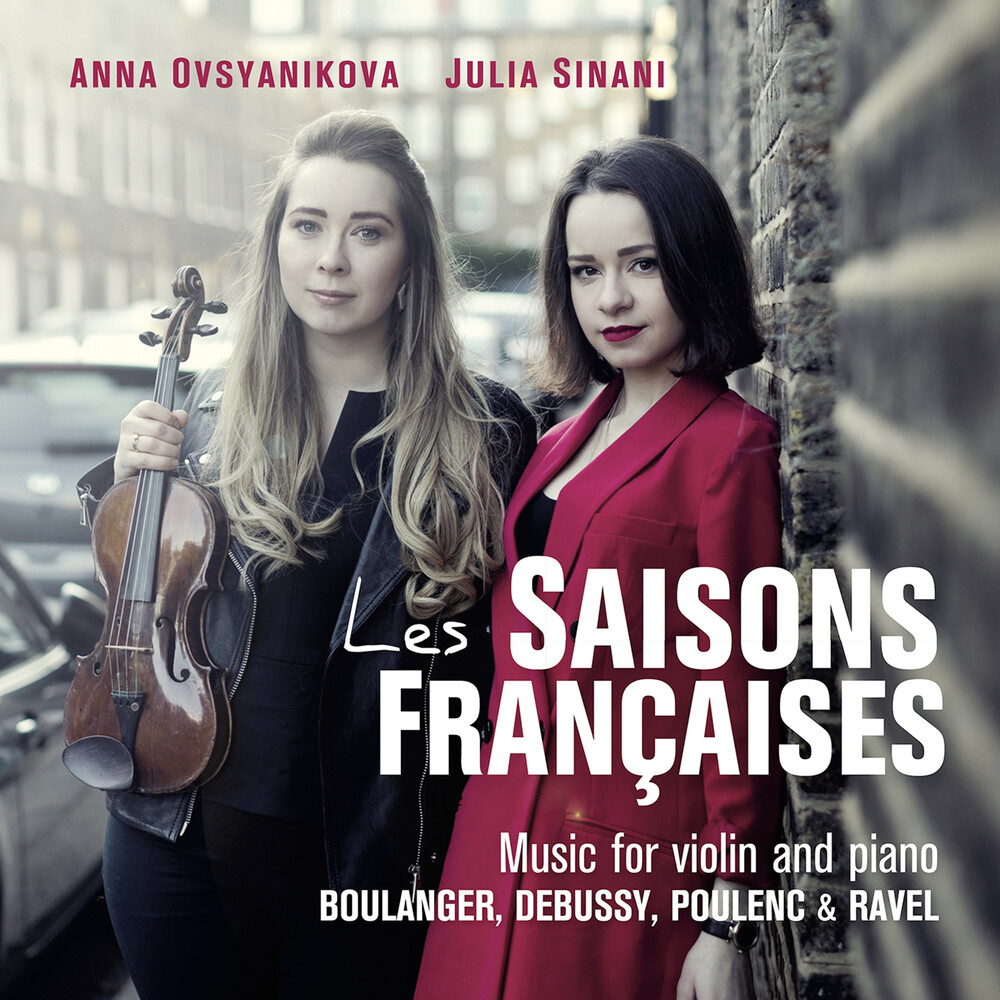 Les Saisons Françaises is the debut album of Russian-born, London-based duo Anna Ovsyanikova (violin) and Julia Sinani (piano), inspired by the French music of the first half of the 20th century. This scintillating programme features music by four composers: Debussy, Boulanger, Ravel and Poulenc. It opens with Claude Debussy's much-loved sonata for violin and piano, which has rightly found it's place in most violinists' repertoire. Lili Boulanger was a female composer who held Debussy in high regard. Her life was tragically cut short by chronic illness, but she was nevertheless a prolific composer, and her Deux Morceux are exquisite examples of her work. Maurice Ravel's rarely performed Sonata No. 1 consists of only one movement - perhaps, had he not abandoned the project, it would have had more. It is an intriguing, sometimes enigmatic piece that deserves to be better known. The finale is Francis Poulenc's only surviving sonata for violin and piano. It is presented on this recording in it's original and latest versions. Written for and with the help of a celebrated violinist Ginette Neveu, Poulenc made changes to the last movement after her death. Rising stars Anna Ovsyanikova and Julia Sinani are both winners of numerous music competitions. Anna has performed at venues such as Wigmore Hall, Cadogan Hall, Royal Festival Hall and Purcell Room and Birmingham's Symphony Hall and Julia has toured Russia and Europe extensively as an accompanist, soloist and chamber musician and won numerous music competitions.