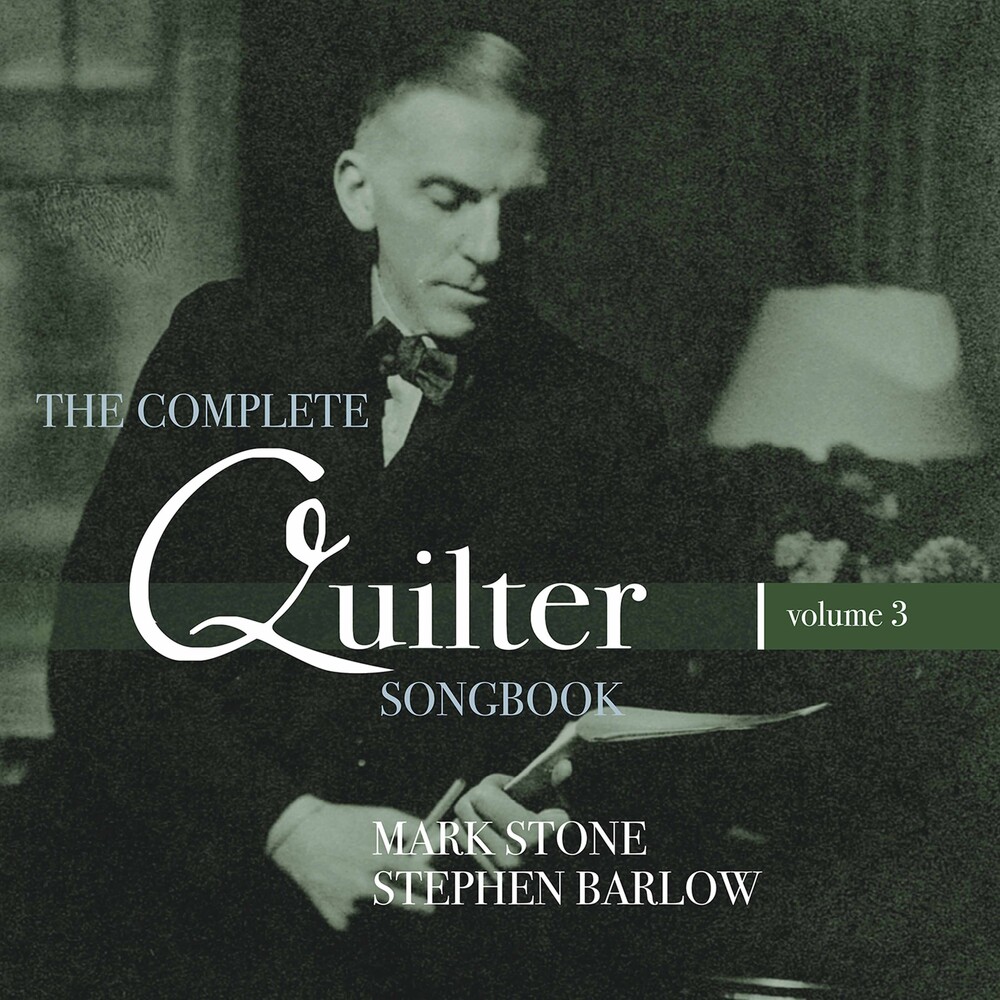 Following on from their critically acclaimed first two discs of Roger Quilter songs, Mark Stone and Stephen Barlow have produced this third volume in their four-album series. The tetralogy will comprise the first complete edition of Quilter's songs for solo voice and piano. This third volume features his much-loved folksong collection, the Arnold book of old songs (including his such well-known arrangements as Drink to me only with thine eyes, Barbara Allen, Charlie is my darling, My lady's garden and The Ash Grove). It also features some more rarely performed songs, including those from his light opera Love at the Inn, as well as his few settings of German and French texts. This release shows a different side to the Quilter that many know from his more famous songs. His folksong settings are at once reflective and captivating, whilst his composition for opera and German and French texts reveal a quite different personality.