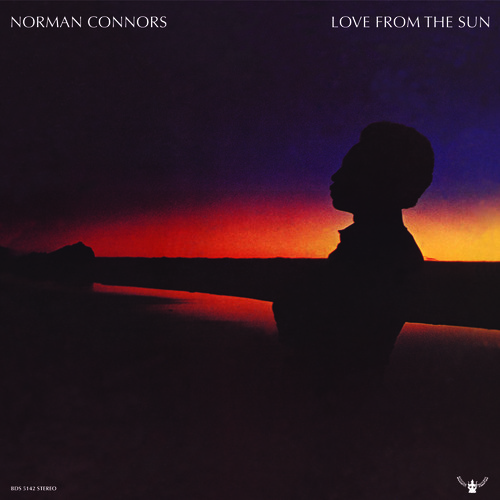 This jazz recording is considered as the 'magnum opus' of master 'drummer extraordinaire', composer, arranger, producer, and leader Norman Connor's in a career that has spanned 4 decades. This recording is what many will consider the debut of the legendary vocalist Dee Dee Bridgewater who has since gone on to a brilliant career. Connor's put together an all-star group with Herbie Hancock and Onaje Allan Gumbs on piano and Fender Rhodes, Dr. Eddie Henderson on trumpet/flugelhorn, Carlos Garnett on tenor/soprano saxes, Gary Bartz on alto/soprano saxes, Buster Williams on bass, drummer/vocalist Bill Summers and Kenneth Nash on percussion, and effective, crucial cameos by master flautist Hubert Laws. On the song, 'Love From the Sun', Connors added Nathan Rubin on violin and Terry Adams on cello.The 'best of the best' begins with the exotic theme of Hancock's 'Revelation', doubled wordlessly and beautifully by Ms. Bridgewater over Williams bouncing ostinato bass pattern with flights of fancy from Hubert Laws on flute, and superb, luminous solos from Henderson's exotic trumpet, Garnett on soprano, and Hancock on Fender Rhodes. Garnett's 'Carlos II' is another great composition with remarkable solos. Connors' own 'Drums Around The Worlds' is influenced by African and latin rhythms with emotional vocals from Summers and a drum-only section that builds in intensity. One of the high points of the album is Dee Dee Bridgewater's awesome, glorious vocalizing on Richard Clay's lovely 'Love From The Sun', in one of the greatest performances in her career, arranged by Gumbs. Elmer Gibson's 'Kumakucha' (The Sun Has Risen) is a blazing display of uptempo musicianship by Connor's driving drums, the propulsive congas of Summers and Nash, and exciting solos from Bartz, Henderson on trumpet, and Hancock's furious piano solo. The set ends with a marvelous 'Holy Waters' composed and arranged by Garnett in a scorching performance by Bridgewater on vocals, Garnett unleashing one of the greatest solos in his storied career, followed by Gumbs' astute solo.My Highest Recommendation. By John Braswell
This website uses cookies to personalize content and analyse traffic in order to offer you a better experience.
I accept Learn More
back to top