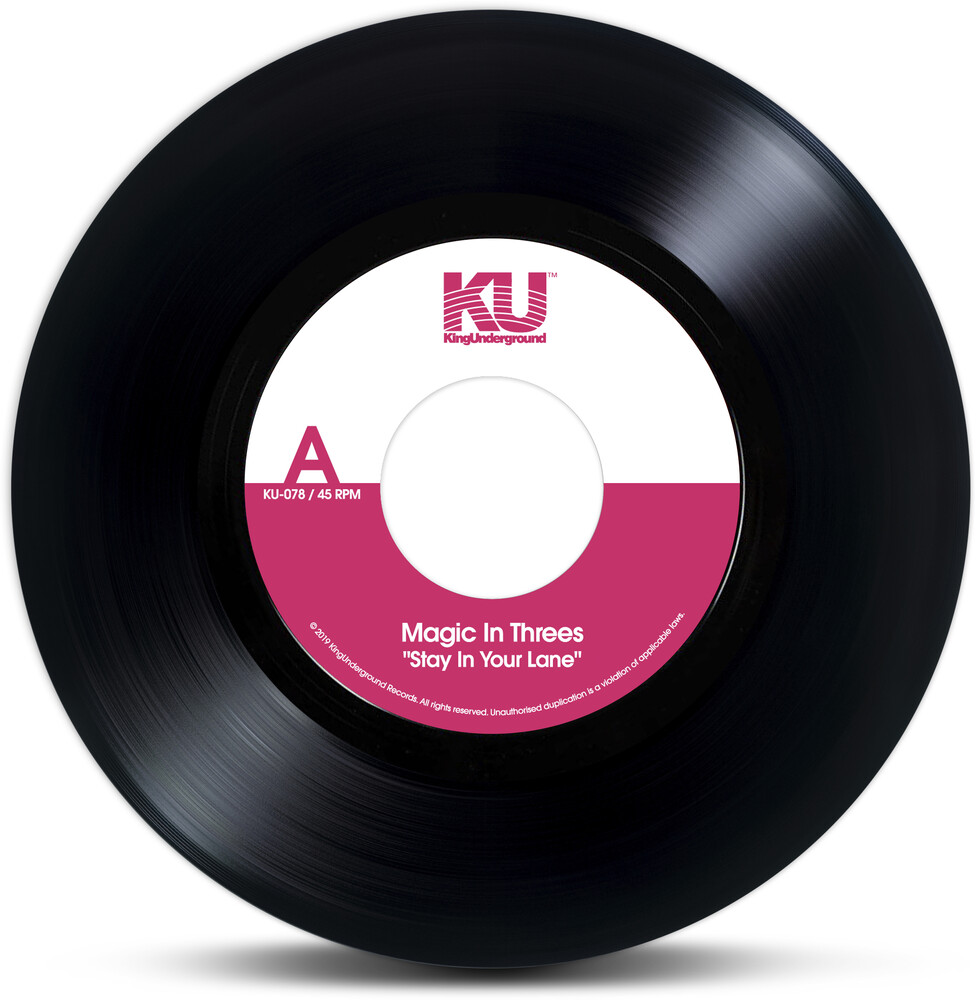 KingUnderground is proud to present Magic in Threes "Stay In Your Lane" - a special edition, official Record Store Day 2020 7" vinyl. Â  The record contains 2 songs, one of which was made exclusively for RSD 2020. It's pressed on a dinked 7" vinyl at 45 RPM. Â  Hailing from Nashville, Tennessee the smoked out instrumentalist trio Magic In Threes are highly influenced by library records, old film soundtracks, and hip hop tapes. They were formed in 2010 as a side project to their work with DeRobert & The Half-Truths. Following a long line of solid and well-received releases on Nashville's own G.E.D Soul Records - Magic in Threes have now released several 45s and an album on KingUnderground Records, with a new album in the works.