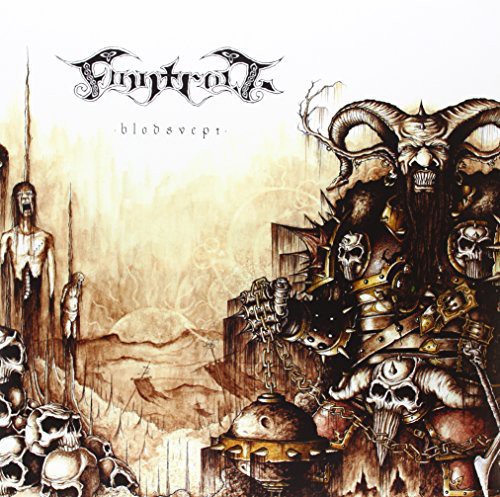 UK vinyl LP pressing. 2013 release, the sixth album from the Finnish Folk Metal band. Finn troll's lyrics mainly deal with legends and tales revolving around the fictional Troll-King Rivfader and the trolls fighting against the Christians who entered their lands and spread their beliefs. Blodsvept features artwork by band member Samuli "Skrymer" Ponsimaa, including a painting for each song on the album.