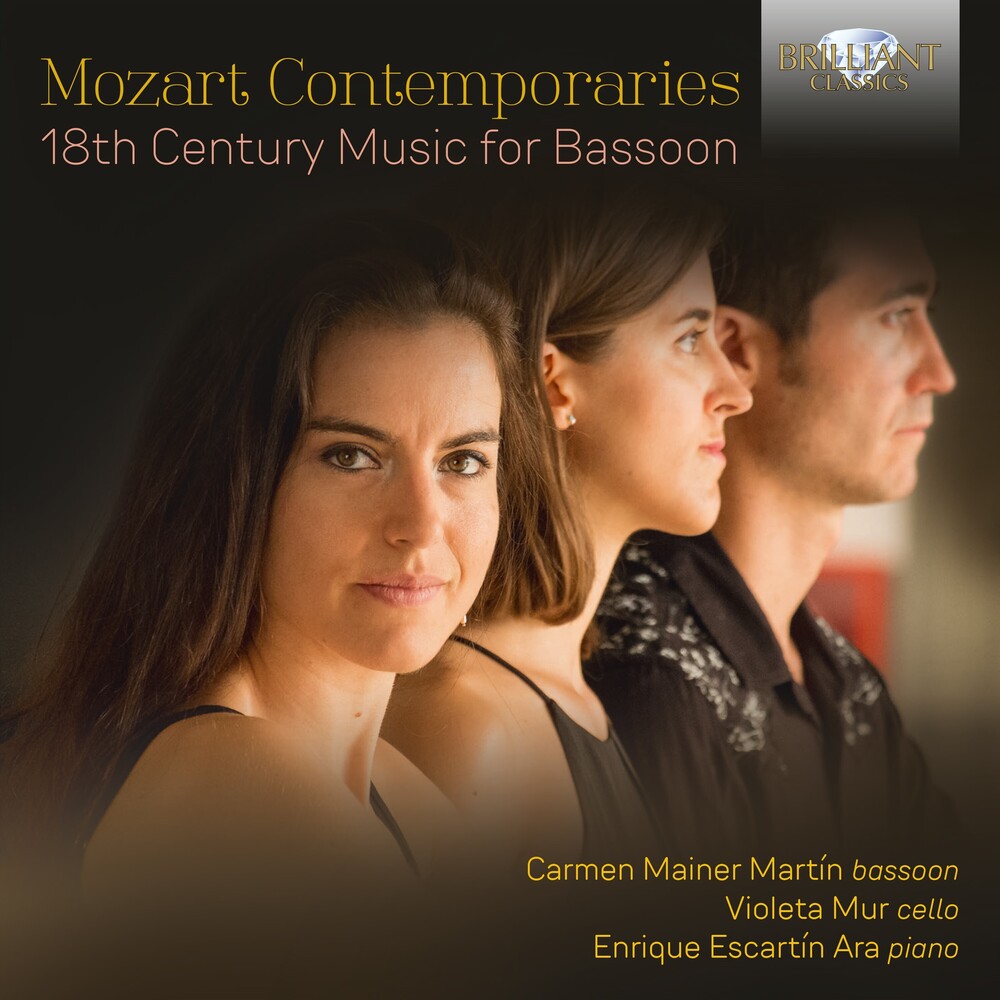 The starting-point for this unique recital is a true Mozart rarity, the Sonata for bassoon and cello K292 which Mozart wrote in 1775, pairing the bass members of string and wind families not to comic effect but rather demonstrating their expressive versatility and contrasting tone-colors, in the hands of sufficiently practiced performers; the Sonata is accessible by only the most skilled amateur performers such as it's original dedicatee, the nobleman, pianist and occasional bassoonist Thaddaus Wolfgang von DĂĽrnitz. The count's considerable musical gifts may be judged from the teenaged Mozart's dedication of the Piano Sonata K284 in the same year: one of the composer's first works of absolute genius, notably in the extraordinary landscape of it's long theme-and-variation finale. The bassoon-and-cello sonata may not rival K284 for lightly worn profundity, but in it's Andante we may still hear the teenaged composer attaining an idiom of sublime gravity which anticipates masterpieces such as the Sinfonia Concertante K364. Rarer still on album is the creative output of DĂĽrnitz himself, represented here by four sonatas for bassoon and keyboard from a collection of six. He evidently cultivated a particular facility at the top of the intrument's range, notably in the elegiac introduction to Sonata No.3. DĂĽrnitz was no dilettante musician, to judge from his ready assimilation of Classical-era convention and the kind of virtuoso writing in the quick movements that challenges conceptions of the bassoon as a sturdy accompaniment to more agile musical companions. Between these two composers in the register of fame falls the French composer Francois Devienne, four years younger than Mozart and author of six Duos Concertants Op.3 for two bassoons in around 1782; Carmen Mainer Martin presents two of them here, with the second part arranged for cello in the same disposition as Mozart's sonata.