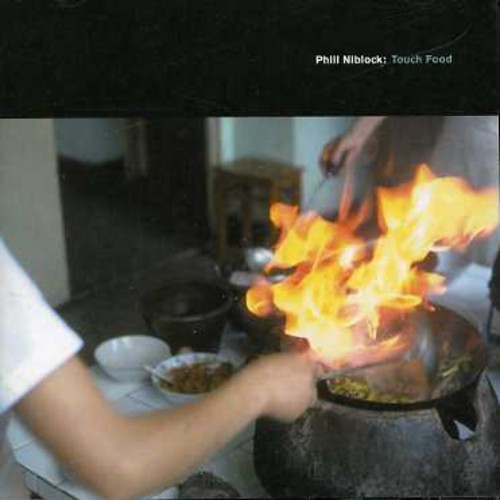 Repressed! CD1: "Sea Jelly Yellow" [Ulrich Krieger, baritone saxophone]; "Sweet Potato" [Carol Robinson, bass clarinet, basset horn, and Eb clarinet]; "Yam Almost May" [Kasper T. Toeplitz, electric bass]. CD2: "Pan Fried 70" [Reinhold Friedl, piano]. "In the music of Phill Niblock, we are confronted with the aural equivalent of trompe-l'oeil. Apparently static clouds of harmonically dense material turn out to be not so static as they appear. What's more, one has the distinct impression that the music is changing spatially over time. How is all of this possible? the key is in Niblock's use of time. In his music, the experience of time is as very slow and continuous. There are no disruptive, discontinuous musical events to disrupt the flow of time. Time is suspended. Niblock's music gives the impression of having always been and continuing to be. Yet, this is not the idea of Being as stasis. Each time one feels that Niblock's music isn't changing, one realizes that it is never the same, an yet, always the same. Being and Becoming as one. Moving Immobility. This is a music that breathes slowly and deeply. It changes it's spatial form slowly, as a person who is in deep meditation changes the form of his body ever so slowly as he peacefully expands and contracts the walls of his chest cavity with each new cycle of inspiration/expiration." - Gerard Pape. "Phill Niblock is a sixty-something New York based minimalist composer and multi-media musician and director of Experimental Intermedia, a foundation born in the flames of 1968's barricade hopping. He has been a maverick presence on the fringes of the avant garde ever since. In the history books Niblock is the forgotten Minimalist. That's as maybe: no one ever said the history books were infallible anyway. His influence has had more impact on younger composers such as Susan Stenger, Lois V Vierk, David First, and Glenn Branca. He's even worked with Sonic Youth's Thurston Moore and Lee Ranaldo on Guitar two, for four which is actually for five guitarists. This is Minimalism in the classic sense of the word, if that makes sense. Niblock constructs big 24-track digitally-processed monolithic microtonal drones. The result is sound without melody or rhythm. Movement is slow, geologically slow. Changes are almost imperceptible, and his music has a tendency of creeping up on you."
This website uses cookies to personalize content and analyse traffic in order to offer you a better experience.
I accept Learn More
back to top