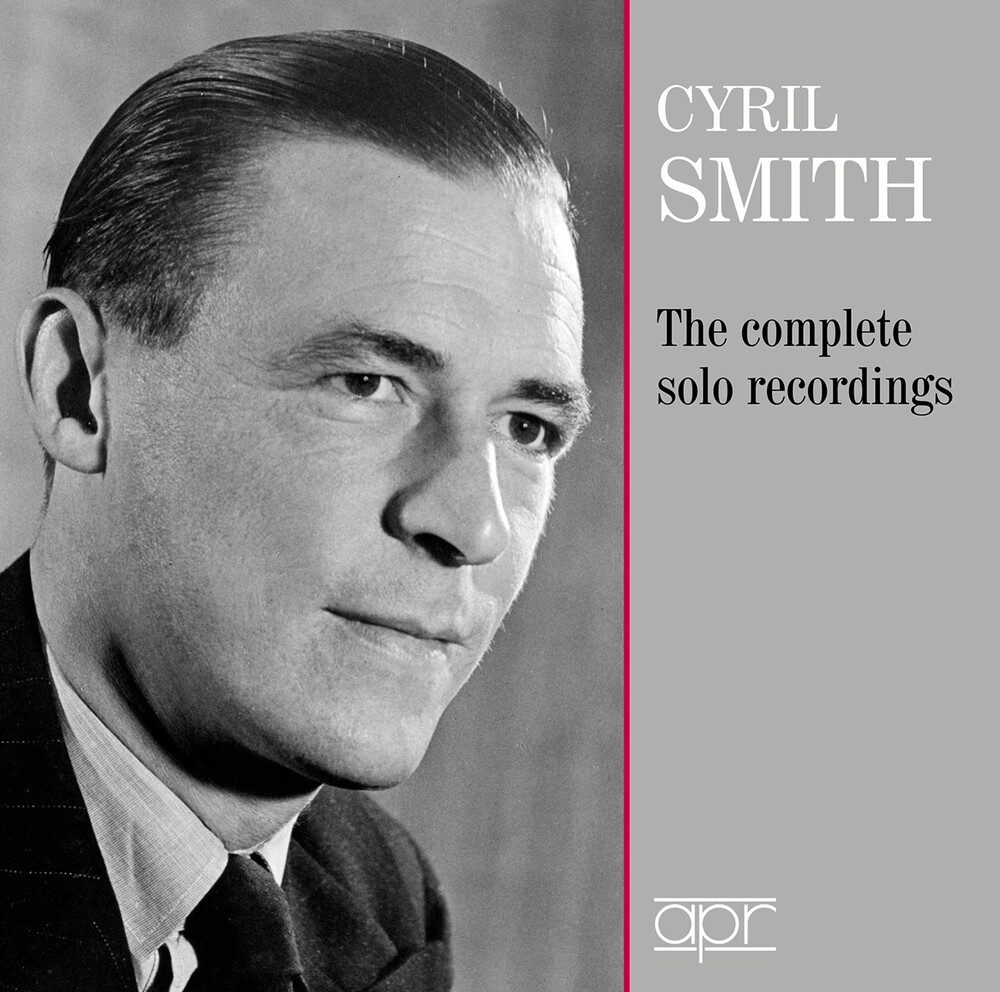 We tend to remember the British pianist CYRIL SMITH (1909-1974) these days as the pianist who overcame the misfortune of a paralyzing stroke to form a hugely successful duo for three hands with his wife, pianist Phyllis Sellick. Before then though, he had conquered the virtuoso repertoire in a most un-British fashion - making Rachmaninov the center of his art and recording a series of warhorses in spectacular style. The Dohnányi Capriccio of 1929, his earliest recording, and part of a prize for a competition win, lays down the gauntlet in a coruscating performance to rival the Horwitz version released the same year. His recordings of the 2nd and 3rd Rachmaninov concertos and Rhapsody were for a time best-sellers. But there is poetry and charm too, particularly in the various encore-like transcriptions he set down. This set brings together for the first time all the recordings he made as a solo player before his stroke.