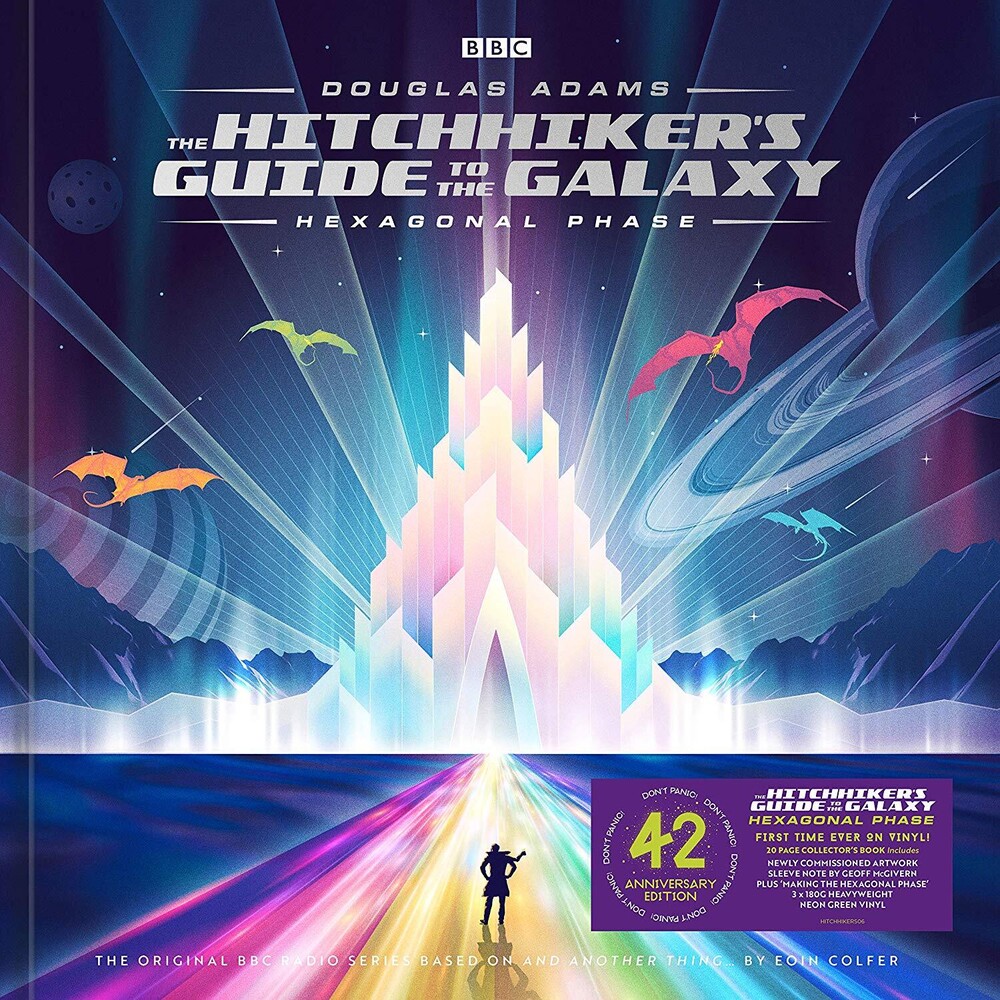 Triple 180gm neon green vinyl LP pressing. The last ever BBC Radio series of the Hitchhiker's Guide to the Galaxy makes it's vinyl debut! Materializing in the lavish packaging style of the preceding five series (primary phase, secondary phase, tertiary phase, Quandary phase and quintessential phase) the hexagonal phase will make it's presence known to all humanity on vinyl! First Broadcast in 2018, the hexagonal phase is based on eoin colfer's and another thing..., the first - and, to date, only - official sequel to Douglas Adams's original book series. This is also the first ever publication of the original radio edits of the hexagonal phase, as heard on their original Radio 4 broadcast. Adapted, directed and co-produced by Dirk Maggs, based on the novel and another thing... by eoin colfer, with additional material by Douglas Adams. Presented on triple vinyl, and presented in illustrated wallets inside a rigid, bound 20-page book, including a perspective sleeve note by Geoff McGivern and a concluding overview of the series.