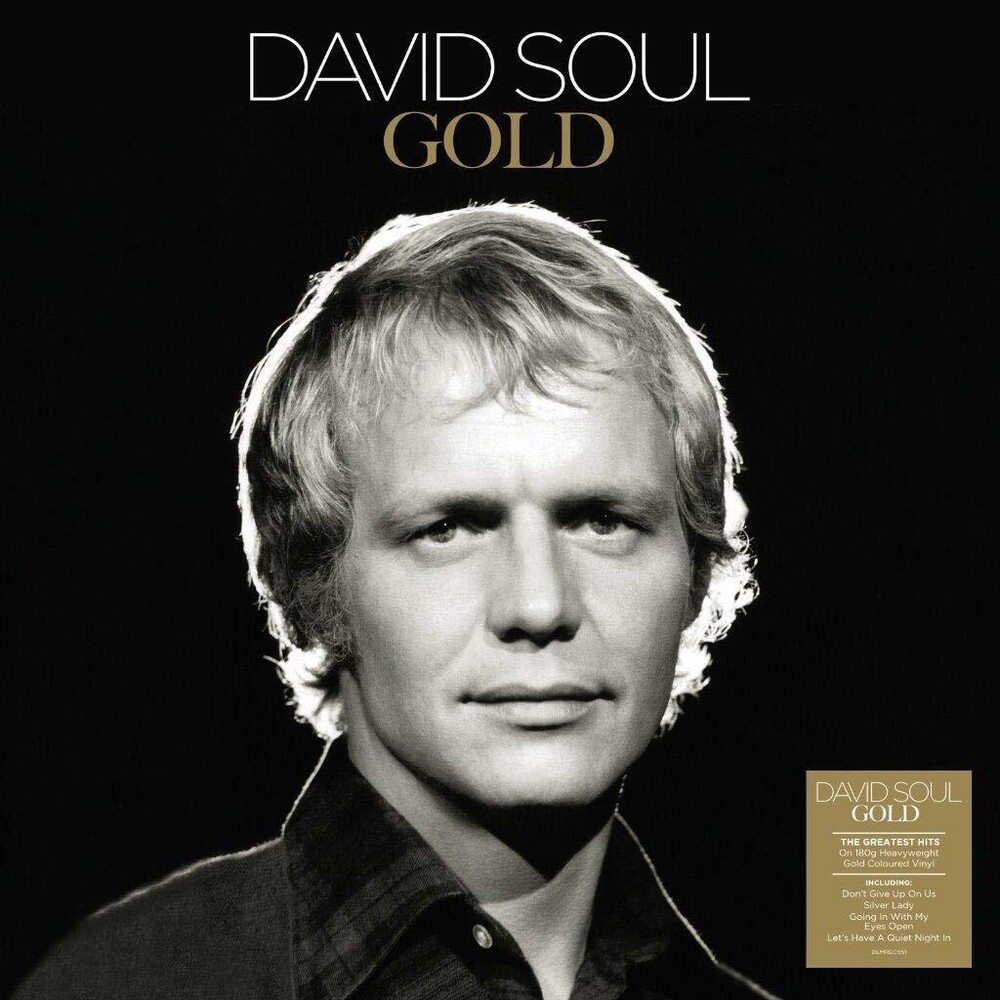 Limited 180gm gold-colored vinyl LP pressing housed in a printed inner sleeve with original artwork and compiled by David himself. David Soul first shot to international fame as Hutch on the hit 1970s crime-fighting television show Starsky & Hutch. But he actually started his career as a folksinger and after the phenomenal success of the television show, David began an equally successful career as a singer and songwriter. From 1977 over a period of five years, David Soul put out four albums with hits including 'Don't Give Up On Us, Baby' and 'Silver Lady'. Both singles reached #1 in the UK charts. This definitive collection features 14 tracks spanning David's career- including 'Going In With My Eyes Open' (UK #2), 'Let's Have A Quiet Night In' (UK #8), 'It Sure Brings Out The Love In Your Eyes' (Uk 12), plus his two #1 singles 'Don't Give Up On Us' and 'Silver Lady'.