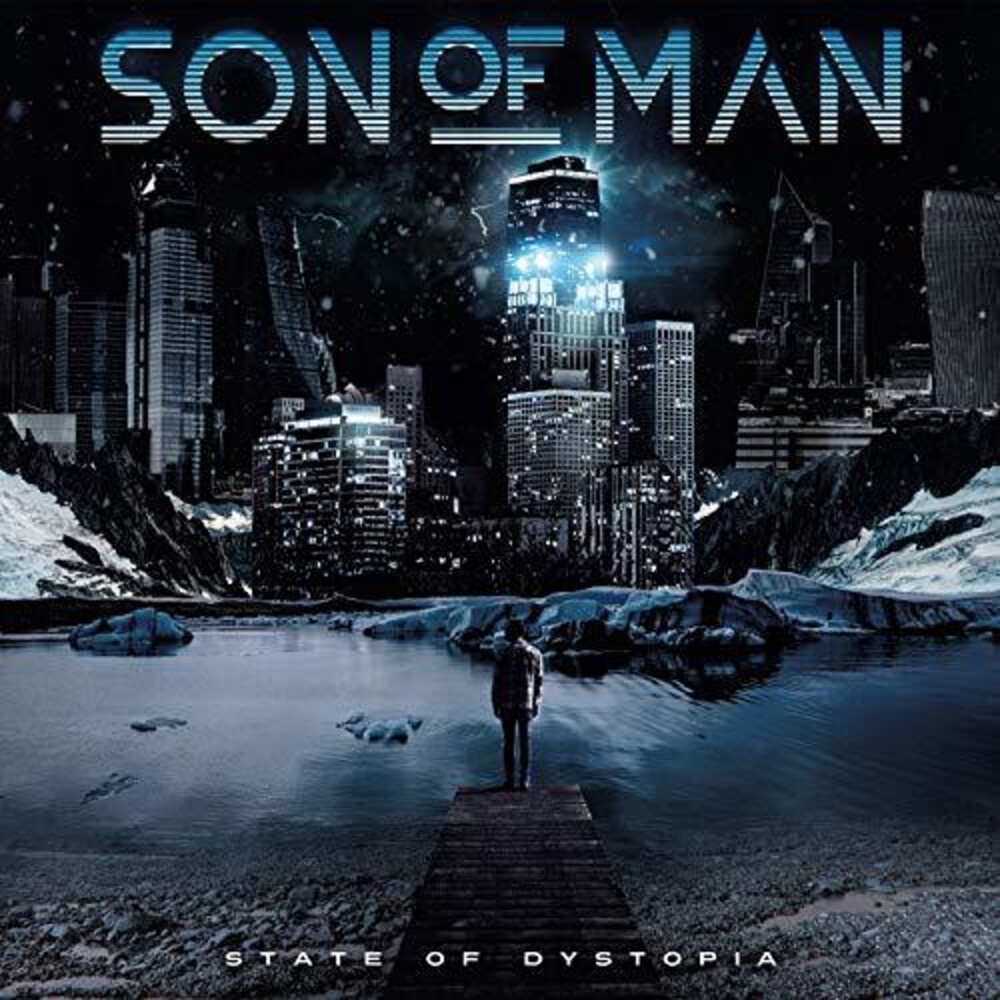 2020 release. State Of Dystopia is the long-awaited follow up to the band's acclaimed self-titled debut album issued in 2016. Hailing from the heartlands of Welsh rock, Son Of Man features members drawn from legendary Welsh bands, namely George Jones, Bob Richards, Glenn Quinn, Richie Galloni, and Marco James. They have earned much acclaim for their powerful live concerts and now this established classic rock band bring you their second album - State of Dystopia. A State of Dystopia is defined as an imagined state or society in which there is great suffering or injustice. Typically, one that is totalitarian or post-apocalyptic. The album is an eclectic mix of original tracks laced with the themes of life and love, war, peace and hope. The band's trademark guitar sound and melodic harmonies is present, along with a powerful rhythm section, tempered with tides of keyboards and one of the greatest voices in rock today. State of Dystopia is a fine rock album for our times.