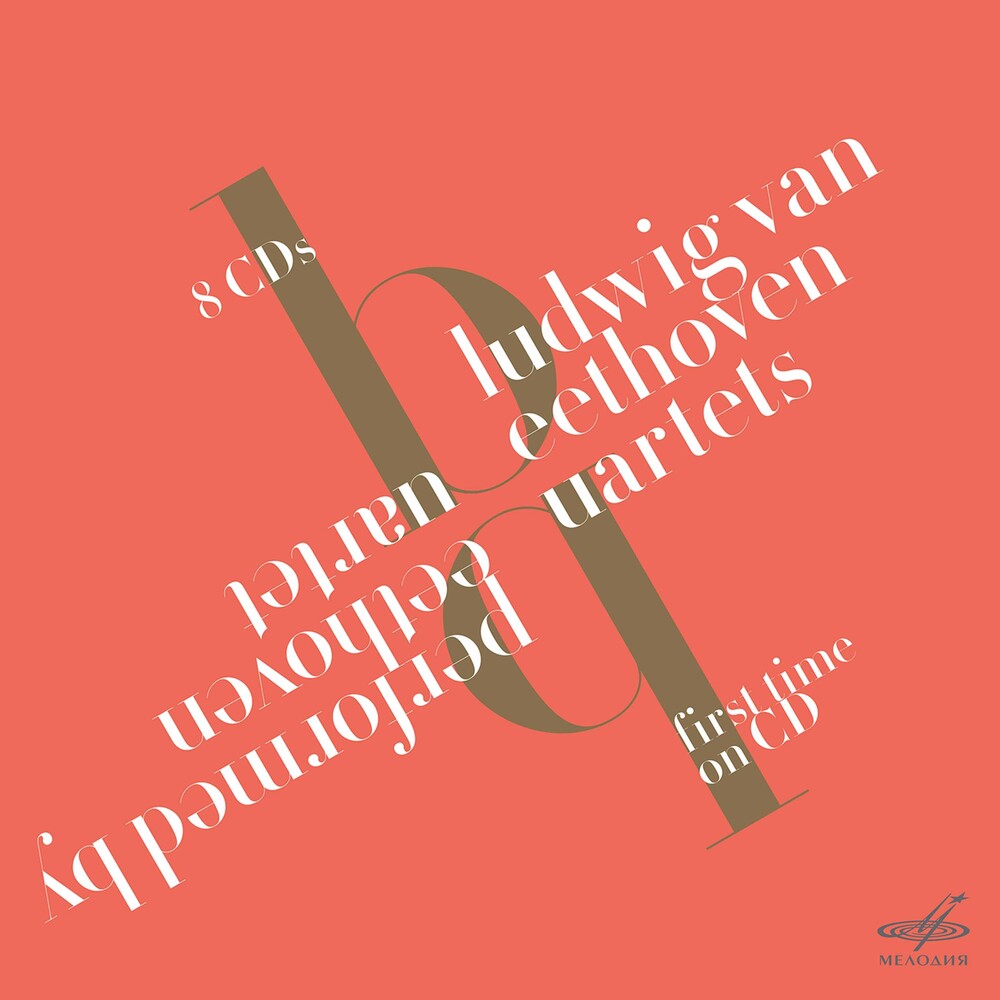 Firma Melodiya presents one of the best recordings of chamber music - the complete quartets of Ludwig van Beethoven performed by the State Beethoven String Quartet. The quartet existed from 1923 to 1990, almost as long as the Soviet Union did, and took a truly unique place in the history of music and performing arts of the Soviet period. Named after Beethoven in 1931, the quartet became the country's leading chamber ensemble. Beethoven and Shostakovich were two powerful musical beacons in the quartet's repertoire. The Beethovenians were the ones who convinced the young Shostakovich to turn to the genre of quartet. Shostakovich felt a deep spiritual connection with each of the musicians. In 1925, the young musicians leant Beethoven's quartet, Op. 131, and after a successful tour of Germany they ventured to perform a complete cycle of seventeen quartets. Each of the four musicians had a remarkable versatile musical gift. Dmitri Tsyganov, who gave more than fifty years to the Beethovenians, was an undeclared leader of the quartet. Cellist Sergei Shirinsky, who combined the membership in the quartet with his concertmaster duties in the cello groups of the leading Moscow orchestras, remained a supreme authority when it came to strokes and performing versions. In the early 1960s, the line-up went through a number of changes. The recordings of the Beethoven quartets were timed to the composer's 200th anniversary and became a highlight of the world-wide Beethoveniana. The set released by Firma Melodiya in the early 1970s was awarded the Beethoven's 200th anniversary commemorative medal, an honorary diploma from the Association of Japanese Musicians and the medal of the Academia Nazionale di Santa Cecilia in Italy.