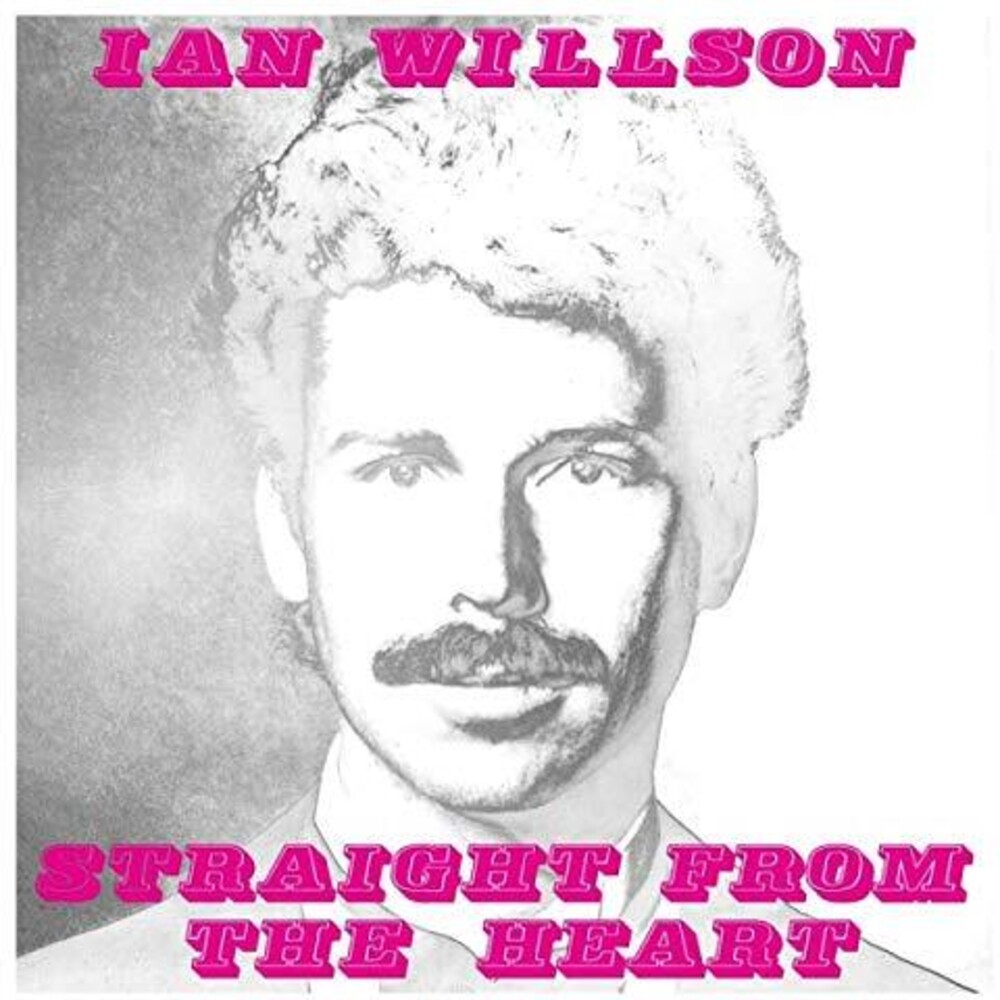 We've worked with Ian Willson to reissue his insanely good, self-released West Coast classic "Straight From The Heart". Privately pressed and originally released in 1985, this is the only album Ian ever put out. A magical blend of AOR/sophisticated funk/synth-boogie/spiritual jazz and modern soul, it's a spellbinding record of many colours.You might already know "Straight From The Heart" for the dubby-disco paranoid-balearic anthem "Four In The Morning", and it's easy to assume this is probably just another one of those one-track LPs. But trust us when we say it's definitely not. This is an impressively slick record from start to finish, just ask those modern soul DJs and AOR collectors who've managed to find a rare copy in the last 35 years. It could've (should've?) been number 1 all over the world back in 1985.Album opener "Think About It" is all sorts of right. It's emotional. It's tops-off. It's funk in it's purest form. And take the proto-modern-funk of the title track (half Dâm-Funk / half Dâd-Funk).The shimmering, spiritual Bossa-Jazz of "If I Were You" serves as the album's soaring centrepiece. A gorgeous suite of Cosmic vibes to get Gilles frothing, it sounds like nothing else on the record which makes sense given that it was recorded a couple of years earlier, and is the only track on the LP that wasn't recorded in Ian's own studio.Side B opens with the propulsive ode to love that is "Two Is Better Than One". Wonderfully sparse when it needs to be, it's also richly percussive and that special kind of California-warm. Frenetic, speaker smashing synth and horn workout "Funk Invasion" dares you not to dance and "A Game Called Love" is heavily indebted to Prince with it's lush, deep funk stylings. The sweeping sax-drenched instrumental "Song For Katelyn" is head-nod, beat-heavy AOR for that melancholic magic hour we spend our days longing for. It all adds up to the ultimate BBQ record.Almost all of "Straight From The Heart" was recorded over a few months between 1983 and 1984 on Ian's brand new Otari 8 track in the Oakland, California studio he built just the year before. Only "If I Were You" was recorded elsewhere, at Bay Sound in 1982.A "full time poor musician" at the time (and he says he still is), Ian produced the album himself and played all of the instruments, except for guitar. That's Peter Fujii you can hear, his good friend from growing up together.Tower Of Power, Average White Band, Earth Wind & Fire and Stevie Wonder was the list of influences Ian gave us when we asked. No wonder the record's just so easy on the ears.And why did he put the record out himself? Simple, he had no idea how to go about getting a record deal.When we first got in touch with Ian he had no idea that "Straight From The Heart" had become something of a cult record, let alone that there were those of us out there that thought the album deserved to be pressed again. The original tapes have long since been lost so this re-issue was only made possible by remastering Ian's one and only pristine copy of the finished LP.The end results have been worth the work, including reproducing the original's unmistakeable sleeve. Ian Willson's "Straight From The Heart" is yet another Be With release that will find an easy home on the shelves of those of you who up to now have only dreamt of finding a copy and also those of you who who never knew it even existed.