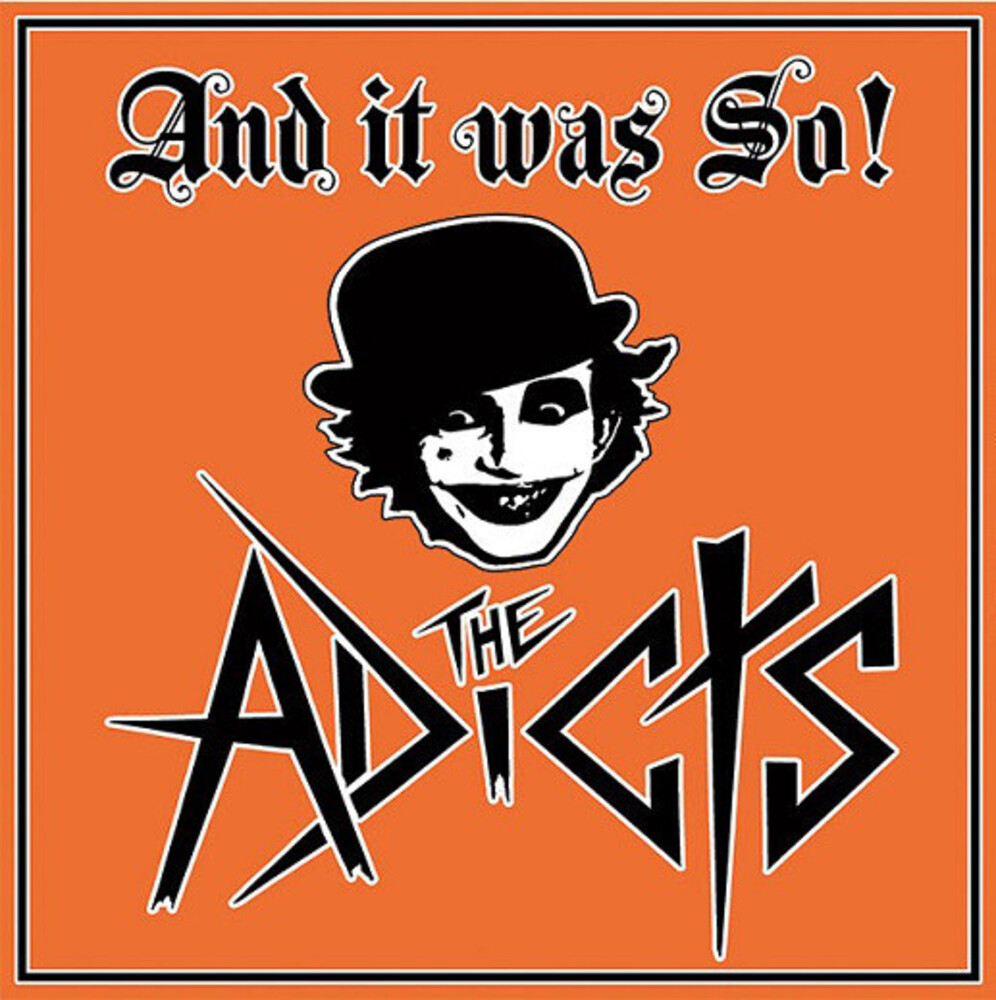 & It Was So (Uk)
Artist: Adicts
Format: Vinyl
New: Not in stock
Wish

Vinyl LP pressing. UK reissue of this 2017 release from the veteran punk band. And It Was So is the band's 11th studio album and features the tracks "Picture the Scene" and the title track. The Adicts first arrived on the punk scene in the late 1970s and made their mark with their high music independently. Despite their lack of label affiliation, the band was able to make the charts by 1982 and have continued to create music and tour for four decades.
back to top