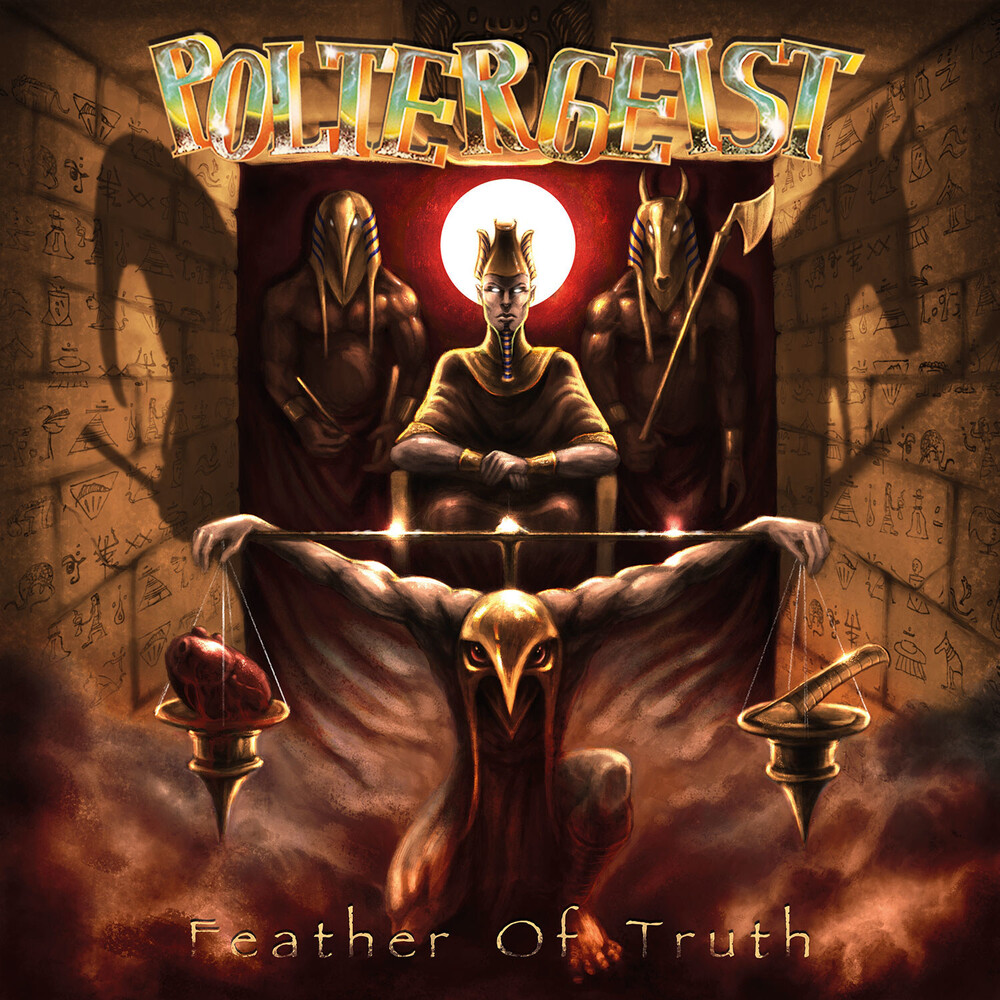 Swiss speed/thrash legends Poltergeist are back with a new album! The songs on "Feather Of Truth" carry a lot of signature arrangements that Poltergeist fans would expect, but on the other hand it's also quite a diverse album with various speeds, harmonies, melodies and technical influences. The lyrics are based on real life topics, mixed with historic elements (for example "Feather Of Truth" is about the Egypt goddess of truth, balance, justice and morality) that still have a significant meaning to these modern times. The new album feels way more like a band effort compared to previous releases. Most of the lyrics were written by V.O. Pulver, except for "The Culling", which is a collaboration between V.O. and Ralf. Additionally, Chasper composed 4 songs from the new album. The band's new drummer Reto Crola's drumming style also brings a new flavor to the sound of Poltergeist.