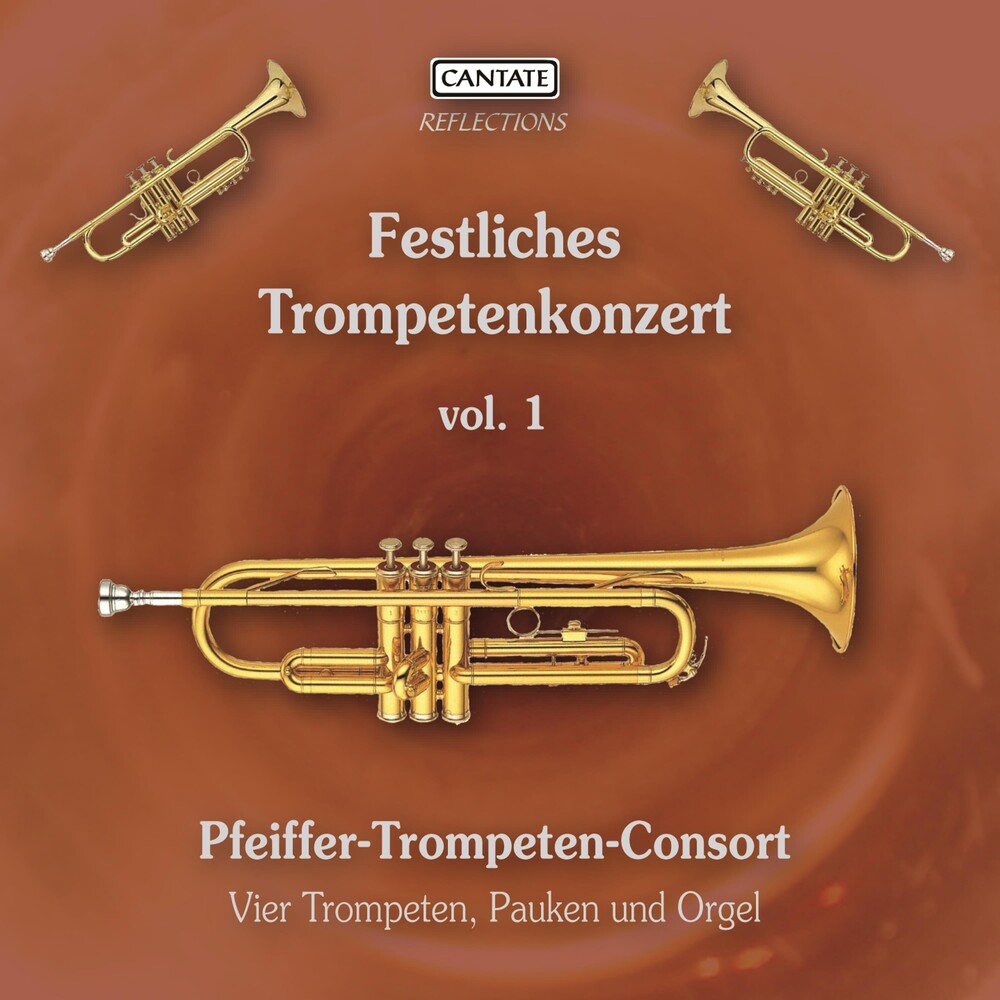 With Handel's Music to the Royal Fireworks, adapted for four trumpets, timpani and organ, the first recording of an unusually successful series started that has grown in the meantime to seven productions: festive trumpet sound with the Pfeiffer trumpet consort. Pfeiffer-Trompeten-Consort (The Pfeiffer Trumpet Consort = PTC) was founded by the brothers Joachim, Martin, and Harald Pfeiffer in 1985. They were soon joined by Dale Marrs, who has decisively put his stamp on the musical style of the group. Mathias Muller, tympanist, joined in 1992. Through Peter Schumann, organist, the group's musical home has always been the Heiliggeistkirche (Church of the Holy Spirit) in Heidelberg, Germany. Most of the works performed by the Pfeiffer-Trompeten-Consort, famous, as well as less-well-known pieces, are presented in new, festive arrangements, most of which (with the exception of a few original compositions) have been revised and adapted by members of the ensemble. These arrangements are unique in their style. It is always easy to recognize the concern for combining Baroque trumpet artistry with modern playing techniques. In addition to the original trumpet parts, the Pfeiffer-Trompeten-Consort tries to include as many of the other instrumental parts as possible, and thus to consider the musical compositions in their entirety. The possibilities of modem trumpets combined with the splendid sound of the instruments transform familiar compositions into a new listening experience.