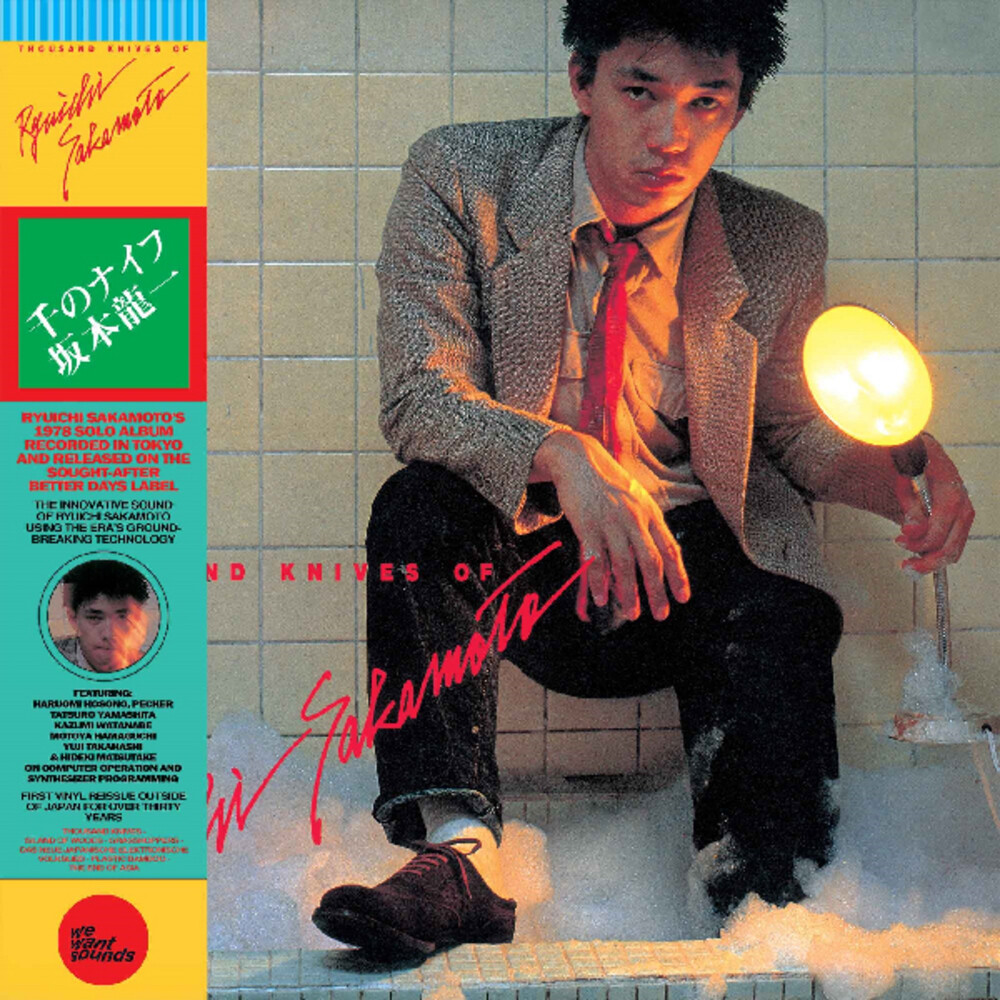 Wewantsounds present a reissue of Ryuichi Sakamoto's first solo album Thousand Knives Of, originally released in 1978 on the sought-after Better Days label. Save for a small-scale release in 1982, this is the first time the album is being released on vinyl outside of Japan. 1978 was a key year for Japanese music. Haruomi Hosono, one of the country's most innovative musicians had just formed Yellow Magic Orchestra pursuing the sonic experimentation he had started with his solo album Paraiso. The album, recorded between December '77 and January '78, featured both Ryuichi Sakamoto and Yukihiro Takahashi. Hosono quickly invited both musicians to form YMO but before the group could release their first album, Sakamoto entered the Nippon Columbia studios in April 1978 with a plan. Sakamoto had become an in-demand session musician after studying composition at the Tokyo University of Art and had played on many key albums of the time, such as Taeko Ohnuki's Sunshower (1977) and Tatsuro Yamashita Spacy (1977). This led to an invitation by Hosono to feature on Paraiso. A penchant for avant-garde and improvisation had gotten Sakamoto interested in electronic music early on, and with Thousand Knives he decided to get Hideki Matsutake on board as he had mastered the art of synth programming following a stint with Electronic Music pioneer Isao Tomita. Thousand Knives took several months to record as Sakamoto would be busy during the day with his session work and would only record at night. Named after Belgian-born poet Henri Michaux's description of a mescaline experience, the album is a reflection on how synthesizer technology might come to change the face of music. The first side conceived as a long suite opens with the title track and a recitation of the Mao Zedong poem "Jinggang Mountain" filtered through a vocoder, before morphing into a mid-tempo synthpop instrumental. It is followed by "Island Of Woods", a ten-minute track buzzing with insect-like synth sounds. Side one ends with "Grasshoppers", a beautiful acoustic piano melody underlined by a subtle synthesizer soundscape. Side two opens with "Das Neue Japanische Elektronische Volkslied", acknowledging the influence of the German sound spearheaded by Kraftwerk. The track features a mid-tempo metronomic beat skillfully intertwined with a Japanese folk sounding melody. The album ends with two catchy up-tempo synthpop tunes in the form of "Plastic Bamboo" and "The End Of Asia", which both became staples of YMO's and Sakamoto's live shows. YMO's sound included various influences from it's three members but there is no denying Thousand Knives paved the way for the group's Computer Music sound. Remastered from the original tapes by renowned producer and engineer Seigen Ono.