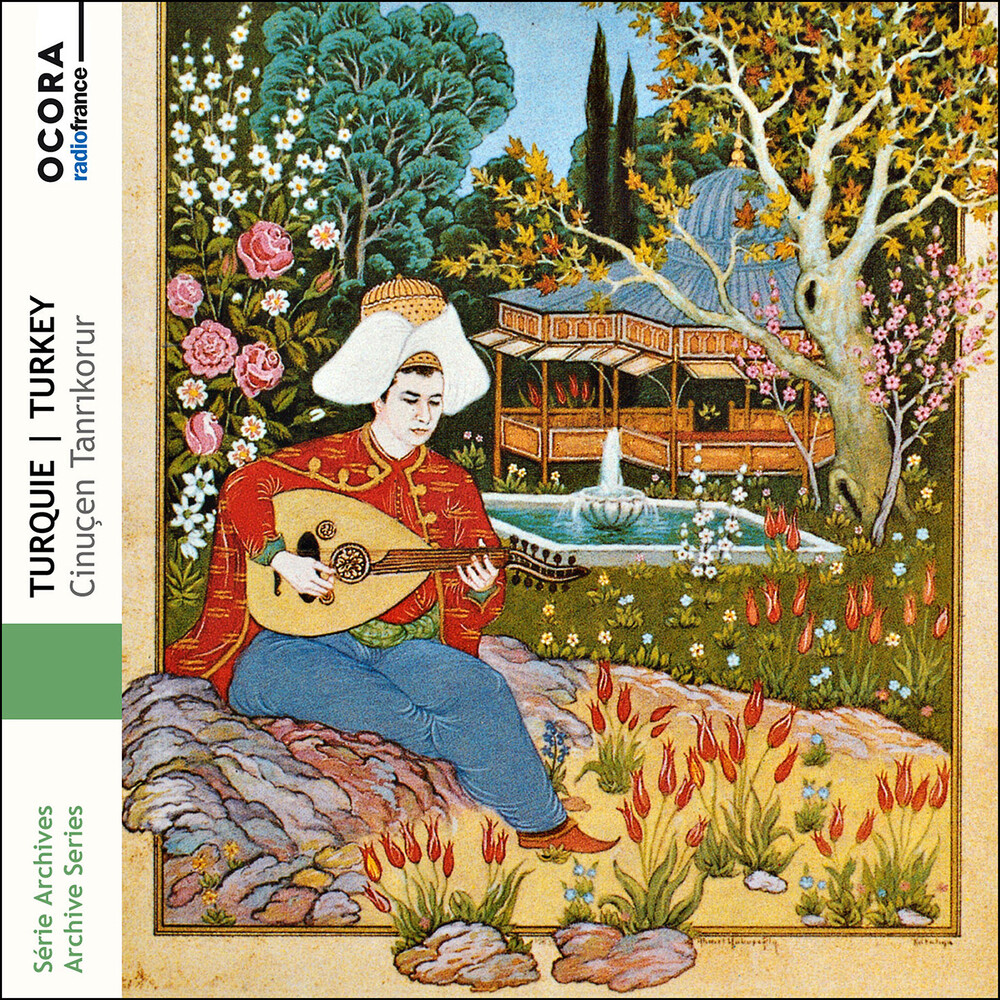 Cinuçen Tanrikorur's case is that of a genius who, revitalized by an ancestral heritage, crystallizes the transports of his imagination in traditional forms and intentions; the crystals are the creations, the forms are the modes and the various frameworks of composition (pesrev, semâï, beste etc.), and of improvisation (taksim) and the intention is that of traditional art in general and of Moslem art in particular: it must contribute to the most central function of the man who is to be an intermediary between heaven and earth, the khalifat (cf. Titus Burckhardt, "The Art of Islam"). Cinuçen Tanrikorur's style is a kind of paroxysm of Turkish savant art. The voice is characterized by the variety and the subtlety of intonations and timbres, and is placed under the sign of the symbolic conjunction of air and water: a fluidity which transcends both of these elements to the point of evoking the ether, and then the quintessence of sound. The Sufi doctrine of the alternation of light and veils is prolonged here in the domain of sound vibration: one sometimes finds oneself where the "when" and the "where" no longer exist, when "sound" and "silence" are one. The initial intention and the concomitant ambiance permitted the autodidact to invent a style of the ud which is completely traditional at it's foundation and completely unusual in it's form. The result is a different tuning of the lower strings (4th, 4th, 4th, 4th, 5th), and a right hand technique of playing without a rolling motion, and a fantastic dynamic of the left hand which explores to the utmost the intimacy of each string in order to elicit harmonic resonances which had not even been suspected before. Lyricism, fluidity, precision and hypersensitivity are the requirements of this style which has already begun to develop into a school.